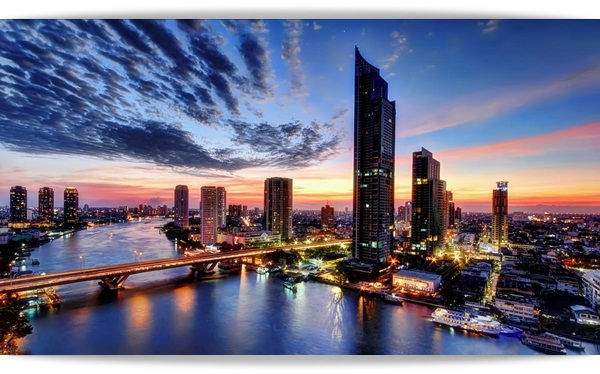 Thailand has once again been recognized as a premier travel destination in Condé Nast Traveler’s annual Readers’ Choice Awards, one of the highest accolades in the industry.

This year’s awards – the 25th annual – reflect the opinions of a record 46,476 readers who participated in the survey, and who honored the Land of Smiles in several categories including the world’s top cities and the top cities, best islands, and favorite resorts in Asia.

Bangkok ranks #4 ranking on the Top Cities in the World

Judged on factors such as Shopping, Ambience and Friendliness, Bangkok came in with a #4 ranking on the Top Cities in the World list, one spot behind Florence, Italy, and ahead of other world-class destinations like Vancouver, Sydney and Buenos Aires.

Thailand has once again been recognized as a premier travel destination in Condé Nast Traveler’s annual Readers’ Choice Awards, one of the highest accolades in the industry.

As for the Top Cities in Asia, Condé Nast’s readers rated Bangkok #1 – edging out Hong Kong and Kyoto, who took 1st place in the 2011 survey – giving it high marks for its Restaurants, Lodging and Culture.

Readers also heaped praise on Northern Thailand’s largest city and cultural centre, Chiang Mai, which earned the #5 spot in Asia sandwiched between Singapore and Ubud, one of Bali’s major arts and culture centres, and ahead of Tokyo and Shanghai.

Moving from the cities to the sea, Thailand continued to score high marks. In the Top 10 Islands in Asia category, it rang in with two of the top five selections once again.

Phuket, ranked #2 on the list behind this year’s winner Bali, was favored for its beautiful beaches

(scoring second-highest in Asia on that criteria behind only Lombok, Indonesia) and its wealth of activities; and Koh Samui, the #5 island in Asia, was buoyed by its lovely scenery and its diversity of lodging options and placed just a fraction of a point behind fourth-place Langkawi, Malaysia and one spot ahead of Hokkaido, Japan. Others making the list include Philippines favorites Luzon, Cebu and Mindanao, and Malaysian Borneo.

Perhaps the most contested categories in the Readers’ Choice survey are the ones dealing with accommodation, and Thailand has no shortage of quality options there.

For the Top 15 Resorts in Asia, Condé Nast’s readers rewarded four Thai properties, starting with the Four Seasons Chiang Mai at #5, which happens to be the 2nd favorite resort in Southeast Asia behind only the Sofitel Angkor in Siem Reap.

Phuket scored twice, with the Anantara Phuket Villas coming in at #7 (the 3rd highest island resort on the list, and where the best room is “any, even the standard rooms hit the sweet spot”) and the JW Marriott Phuket at #15 (tied for the final spot with the Grand Soluxe Angkor in Siem Reap).

The other Thai property honored this year was the Four Seasons Tented Camp Golden Triangle in Chiang Rai – a “simply stunning property” – which was regarded as Asia’s 11th best resort.

(For information about the Top 15 Hotels in Thailand, led by the Mandarin Oriental, Bangkok, you may visit http://www.cntraveler.com/readers-choice-awards/asia/top-15-hotels-thailand-asia)

China Japan dispute could be a boon for Thai tourism