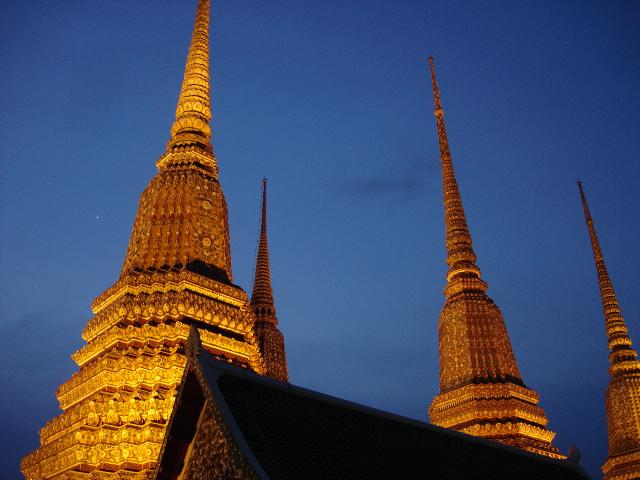 More than half the foreign tourists polled recently agreed that Thailand is their favorite destination in the Asean region, Bangkok Poll of Bangkok University reported on Thursday.

The pollsters interviewed 686 foreign tourists visiting Thailand, seeking their views on Thailand’s readiness for the debut of the Asean Economic Community in December 2015, from Jan 11-13. Bangkok Poll said 58% of the respondents voted for Thailand as the most attractive tourist destination in Asean, followed by Vietnam (34.1%), Cambodia (30.6%), Laos (30.3%) and Singapore (26.1%). Asked whether Thailand was ready for the AEC, 83% of the polled foreigners said yes, but 16.1% of them disagreed.

Regarding the most interesting things in Thailand, 28.1% of the respondents pointed to ancient ruins, 20.4% said Thai culture and traditions and 14.3% said beautiful sea and beaches.

Regarding the most interesting things in Thailand, 28.1% of the respondents pointed to ancient ruins

Asked if they had confidence in the security provided by Thai authorities, 97.6% said they have strong confidence and only 2.4% responded negatively. Asked about factors that could damage tourism in Thailand, 37.2% of them said traffic congestion, 23.2% pointed to unfair fares charged by taxi and tuk tuk drivers, and 20.7% said unreasonably high prices of products. As many as 85% the respondents said they would visit Thailand again, 14% of them were unsure and only 1% said they would not. Poll: Thailand top tourist destination | Bangkok Post: breakingnews

The Tourism Authority of Thailand revealed that tourism revenue in 2012 nearly touched 1 trillion baht, while the number of tourists rose about 15 percent. According to TAT Governor Surapol Svetasreni, 22 million tourists visited the country in 2012, a 15-percent rise year-on-year; meanwhile, the Thai tourism industry raked in around 965 billion baht in revenues during the period, an increase of 24 percent compared to 2011′s figure.

The majority of the travellers visiting Thailand last year were Chinese, South Korean, and Japanese, in particular, whose number topped one million. The governor also expected the number of local tourists to rise 3% percent and 8 percent for foreigners this year. Revenues generated from local tourists would increase by 6 percent, and by 13 percent from the foreigners.