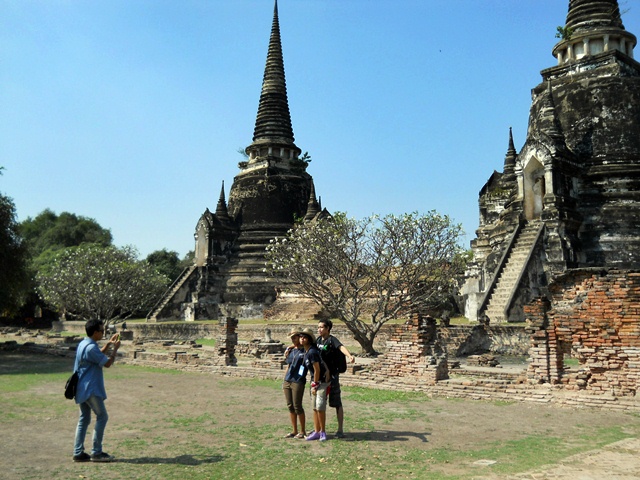 A survey shows that Thailand has been rated the most attractive tourism destination in the ASEAN region, according to 686  international tourists polled by Bangkok University.

Regarding the most interesting attractions in Thailand, the respondents indicated historical sites and ancient objects

The survey was conducted by Bangkok Poll of Bangkok University  among 686 foreigners traveling in Bangkok. They came from Europe, America, Oceania, Asia, and Africa. A total of 58 percent of the respondents to the survey voted Thailand as the number one ASEAN tourism destination, followed by Vietnam; at 34.1 percent, Cambodia; at 30.6 percent, Laos; 30.3 percent, Singapore; 26.1 percent, Malaysia; 25.8 percent, Indonesia; 24.3 percent, Myanmar; 20.6 percent, Philippines; 19.5 percent, and Brunei Darussalam; 3.9 percent.

Asked about the factors that could affect the tourism atmosphere in Thailand, 37.2 of the respondents cited traffic congestion, 23.2 percent cited unfair fares charged by tuk tuk taxi drivers, and 20.7 percent cited overpriced products. However, 60.5 percent said that they found Thailand better than they had expected before coming, and 37.6 found the country the same as they had expected.

Latest statistics show that international tourist arrivals in Thailand in 2012 reached 22 million, surpassing the set target of 19.5 percent, an increase of 15 percent over the previous year. In recent years, the Tourism Authority of Thailand (TAT) has actively promoted Thailand as a high-quality destination, targeting new markets and offering new niche products, such as health and medical tourism, agro-tourism, Thai cookery courses, and international conventions and exhibitions.

Based on the latest statistics, TAT is planning to adjust its tourism target, in line with the changing situation.

via ASEAN Corner — Thailand Rated Number One ASEAN Destination in the Eyes of Foreign Tourists.

TCT president, Piyaman Tejapaibul, said due to an anticipated increase in tourist arrivals during the holiday, particularly from China and Hong Kong, the government should tighten safety and security measures.

“The government should allay fears and build tourist confidence during the holiday specifically in terms of increasing safety and security.”

“Delay at  airports are likely as charter flights and low-cost airlines add services to Thailand. The government needs to ensure there are enough officials on duty to handle the increase in traffic.”