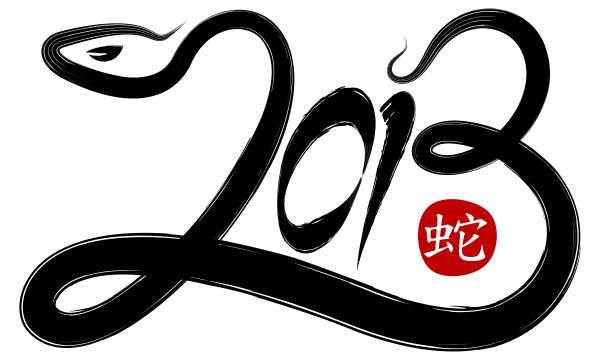 Thais of Chinese descent nationwide went on shopping sprees today as they prepared for the traditional ceremonies to pay homage to the spirits during Chinese New Year.

Chinese New Year’s Eve is the day when Chinese people make offerings to the spirits and their ancestors with the belief that it will bring them luck, happiness and prosperity in the coming year.

In Bangkok’s Chinatown on Yaowaraj Road, most Chinese shoppers complained of the higher prices of commodities this which some said are 10-20 per cent higher than last year.

The Tourism Authority of Thailand has lined up several celebrations to mark the Chinese New Year holiday in 2013.

Chickens, ducks and pork are the main food items for offerings to the spirits. A Chinatown vendor said most shoppers refrain from extravagant buying sprees as they used to do given the exorbitant prices of goods while some families minimized their purchases.

China is now the biggest source-market of visitors to Thailand

Another vendor put the blame on the Bt300 daily minimum wage, enforced since early last month, for the price increase of commodities by 20 per cent.
In several provinces throughout Thailand, most markets are lively and crowded today with shoppers. In the eastern province of Chantaburi, adjacent to the Cambodian border, Cambodians of Chinese origin crossed the border to buy commodities at the markets there.

Sombat Chungtrakul, vice chairman of the Thai-Cambodian Border Traders and Tourism Association, said the Chinese New Year trading volume in the province is more than Bt10 million, partly thanks to the improved road condition in Cambodia.

At Pimolchai market in the provincial seat of Yala, the largest market in the three southernmost provinces, traffic on the main Siroros Raod was heavily congested with shoppers from Yala and nearby provinces. Police and military forces are on alert to prevent untoward incidents.

In the northeastern province of Nakhon Panom, Laotian people crossed the border to buy commodities and some complained that the prices were 20-30 per cent higher. Makeshift markets at border checkpoints in several districts of Nakhon Panom are crowded.
Chinese ‘Year of Snake’ kicked off with roaring atmosphere | MCOT.net

The Tourism Authority of Thailand has lined up several celebrations to mark the Chinese New Year holiday in 2013.

TAT Governor Suraphon Svetasreni said, “We expect that more than 2.6 million domestic and foreign tourists will be on the move during Chinese New Year, generating nearly 11 billion Baht in spending.

According to the Department of Civil Aviation, special permission has been given for local and foreign airlines to operate hundreds of extra flights to cater to the huge demand between February 9-14, the peak period.

In 2012, Chinese visitors stayed an average of 8 days and spent an average of 4,716.56 baht (US$151) per person per day. This generated 45.55 billion baht (US$1.4 billion) tourism foreign exchange revenue to the Thai economy, the highest revenue generating market for Thailand.

Also known as the “Spring Festival”, the Chinese New Year festivities in 2013 will have extra significance as Thailand plans to use the occasion to recognize the 38th anniversary of Thai-Chinese diplomatic relations. A special partnership between the TAT and China’s Ministry of Culture has made it possible for 180 performers from 7 provinces in China to travel to the Land of Smiles. After their shows in Bangkok, the troupe will head upcountry to perform in the following 5 provinces:

One reason for the huge growth in popularity of Thailand is the success of the low-budget Chinese movie “Lost in Thailand”. Shot in Thailand, It has been a big hit in China. Between December 12, 2012 – January 27, 2013, it generated income of more than US$184 million.

Thailand is a short-haul and value-for-money destination with good airline connections and visa on arrival facilities for Chinese visitors. The kingdom is also well-known for its long-standing tradition of friendliness and hospitality.

Thailand and China have much in common in terms of food, cultural and ethnic relationships. Many Thai prominent businessmen and political families have roots in China. Bangkok has a very large and bustling Chinatown area where Chinese visitors can regularly be seen shopping for herbal medicines, jewellery and gold. Many of them also go to make offerings at the numerous Chinese temples.

Chinese visitors are changing in customer and demographic profile. But regardless of whether they are coming for business, MICE, holiday, honeymoon, sports, etc., both high-spenders and economy visitors will find an extensive range of places to stay, eat and shop as well as many activities to enjoy in Thailand which will suit their tastes, preferences and budget.

In addition, Popular Thai celebrity “Pong” Nawat KulRattanarak who has a huge fan following and is very popular among the Chinese media, has helped publicise and promote the kingdom in his various public appearances.

At present, TAT has 4 offices in China (Beijing, Shanghai, Kunming and Chengdu) and plans to open new offices in Guangzhou in the near future.

Thailand to Step up Safety Measures for Tourists