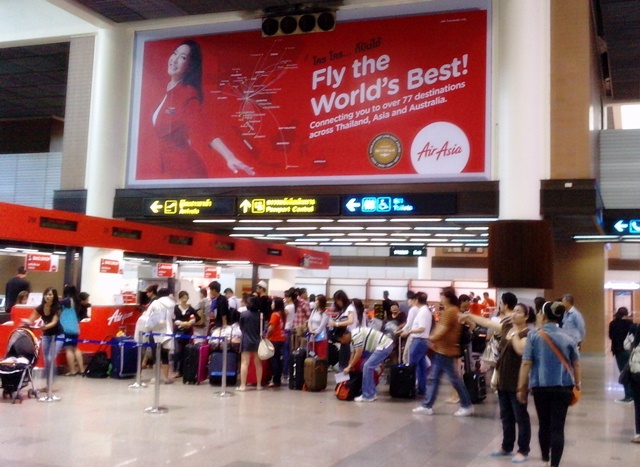 The Thai travel industry has called on the government to urgently increase the number of personnel in the tourism business to cope with surging numbers of foreign visitors to Thailand.

Thongyoo Suphavittayakorn, an executive board member of the Association of Thai Travel Agents (ATTA), reported a record number of foreign tourists from late last year until next week’s Songkran or traditional Thai New Year festival.

If foreign tourists keep on visiting Thailand at a steady rate, the country should see an increase by 15-20 per cent this year, he said.

He is concerned about insufficient facilities and personnel including coaches and tour guides to service foreign tourists.

Mr Thongyoo said the Thai travel industry is short of the necessary labour force and agencies concerned should speed up producing human resources in this field.

The highest number of foreign visitors is from China, followed by Russia, Japan, South Korea, India, Vietnam and Indonesia.

He said Suvarnabhumi Airport served more than 51 million people last year and the number will likely increase to 55 million this year, while it is technically capable of servicing 45 million passengers annually. (MCOT online news)

via Thailand overwhelmed by influx of foreign tourists | MCOT.net | MCOT.net.