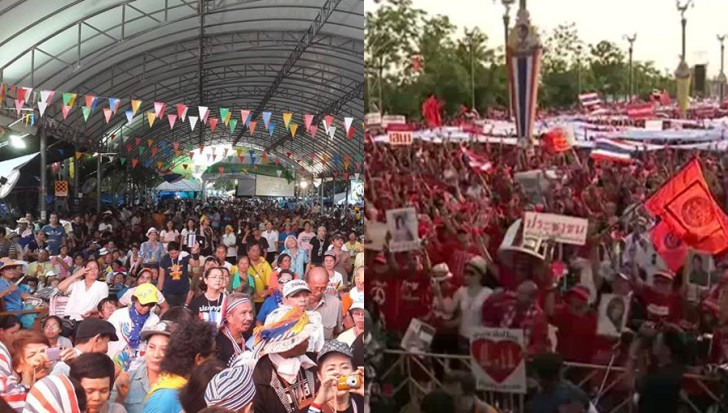 Fifty countries have issued travel advisories to their nationals about visiting Thailand due to political conflict and especially after the Constitutional Court passed its judgement on caretaker prime minister Yingluck Shinawatra.

Supporters of the caretaker government rally in the western suburbs of Bangkok on Saturday, May 10, 2014. They gathered following the dismissal of Prime Minister Yingluck Shinawatra and nine ministers by the Constitutional Court this week

The Thai Foreign Ministry said that out of 68 countries surveyed, 50 of them had issued travel advisories about visiting Thailand.

In addition, the United States, Canada, UK, France and Italy also issued travel advisories of the risk of earthquake for visiting Thailand.