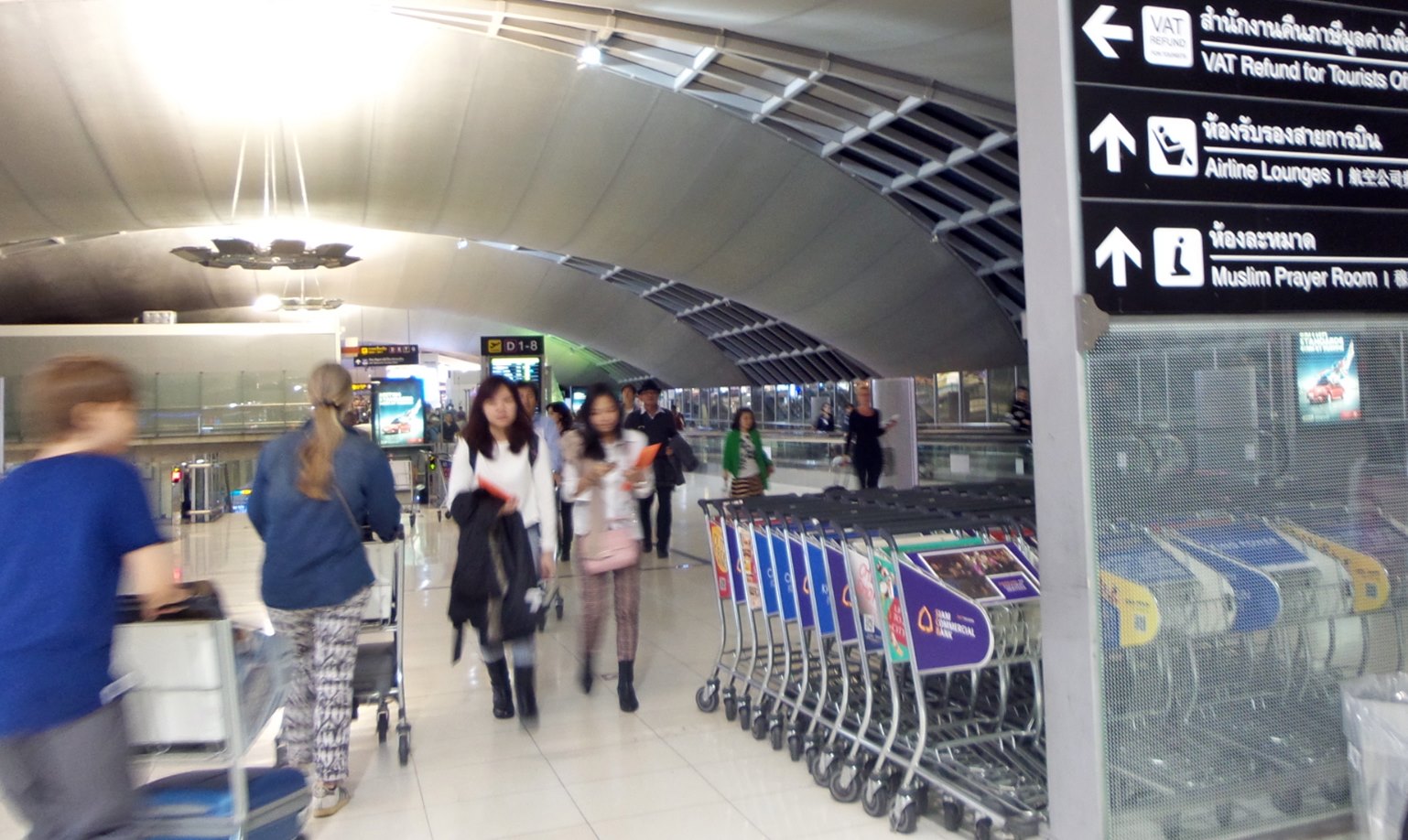 The number of tourists visiting Thailand fell by 6.6 per cent in 2014 from the previous year because of the kingdom’s political tensions and a drop in the value of the Russian rouble, officials said Thursday.

Some 24.7 million tourists visited Thailand in 2014 compared to 26.7million in 2013, official figures showed. The drop in tourist numbers also resulted in 5.8 per cent less revenue, according to Minister of Tourism and Sports Kobkarn Wattanavarangkul.

Kobkarn attributed the drop in tourists to the political crisis which plagued the country in the first half of 2014 and international economic factors. The fall of the Russian rouble has contributed to a 21-per-centdecline in Russian tourists in November alone, according to the Tourism Authority of Thailand.

Russians are the second-largest tourist group to visit Thailand after the Chinese. The resort island of Phuket has been hit by declining numbers of Russian tourists. According to Anoma Wongyai, the director of the Tourist Authority in Phuket, Russian tourist numbers have dropped almost 40 per cent.

Thailand suffered blows to its tourism industry in 2014 due to political unrest, the declaration of martial law, and a military coup last May. The tourism sector struggled to rebound after the volatile spring, despite the assurances of safety from the military junta. Tourism numbers were down 6.6 percent overall for 2014, according to The Nation.

To celebrate the grand opening celebration of the “2015 Discover Thainess” campaign,  the Tourism Authority of Thailand (TAT) has rescheduled the country’s biggest tourism event, the Thailand Tourism Festival (TTF), to be held during 14-18 January, 2015, at Lumpini Park, Bangkok.

Tourism Authority of Thailand (TAT) Governor Mr. Thawatchai Arunyik said, “The TTF is normally held in June in conjunction with the country’s largest travel trade fair, the Thailand Travel Mart Plus.  But 2015 is a very special year for Thailand’s tourism, so we have rescheduled the dates to coincide with the grand opening celebration of the “2015 Discover Thainess” campaign to showcase our unique cultural treasures and the Thai way of happiness to international visitors, as well as to encourage the Thai people to take part in the preservation of Thai traditions and culture.”

Koh Tao, the dark side of paradise