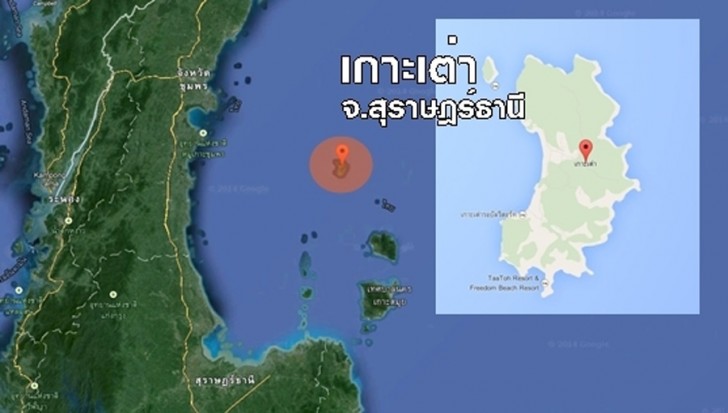 Spectacular turquoise water, lush jungles and laid-back vibe:  the tiny island of Koh Tao seems like paradise, but behind the beauty lies a darker side.

The Thai island has landed in the spotlight this week after the shocking discovery of a French tourist hanged outside his bungalow. And it’s not the first time horror has found its way there: The news comes just days after a Koh Tao murder trial was postponed for two Burmese men accused of murdering two British backpackers last September.

Officially, the death of hanged Frenchman Dimitri Povse, 29, has been ruled a suicide,

A criminologist has voiced his support for calls by media and relatives of a victim of suspected suicide by the police and forensic experts to look for more evidences to determine the exact cause of the death the victim.

The victim who was a tourist was found dead in his hotel room on New Year’s Day with his hands and neck tied to ropes.  Police suspected he committed suicide by hanging himself.

But Associate Professor Charnkanit Krittiya Suriyamanee, a criminologist and lecturer at the faculty of social science and humanities of Mahidol University, said he doubted the suicide theory citing some irrelevant evidences.

He said that the victim had been drunk to the extent that he was unable to control himself, he would not have been able to tie himself up so tightly that he died of suffocation.

Had he hanged himself, the professor pointed out that the bruises should have appeared on the neck than on his wrists.  Also, he noted that the several pieces of rope which were used in the suspected suicide appeared to be different which might suggest that the death was not caused by suicide.

A French tourist was found hanged at a bungalow in Koh Tao island on Thursday. Although the man left a message suggesting he might take his own life, but question arose how could he hang himself with both hands tied to the back.

Koh Tao police said they were alerted around 3 pm on  January 1 and rushed  to a bungalow on Koh Tao where the body of a 29 year old French man was found hanging from the ceiling of his rented bungalow.

Suspicions arose over what appeared to be a suicide when on further inspection it was discovered the man’s hands were tied behind his back.

Wounds were discovered around the man’s neck as well as two 5 cm lacerations to his arm, one near his wrist, and  the second near to his elbow.It is thought the man had been dead for around two hours.

The door to the man’s bungalow with the word “Dmitri”, on it was open and there was no sign of a struggle. Police and rescue workers found a note on the man’s bed that suggested a recent love affair may have come to an end and that the man recently lost one of his grandparent.

However questions are being asked as to how it is possible for anybody to commit suicide with their hands tied behind their back.An autopsy is expected to reveal whether or not that man was drugged.