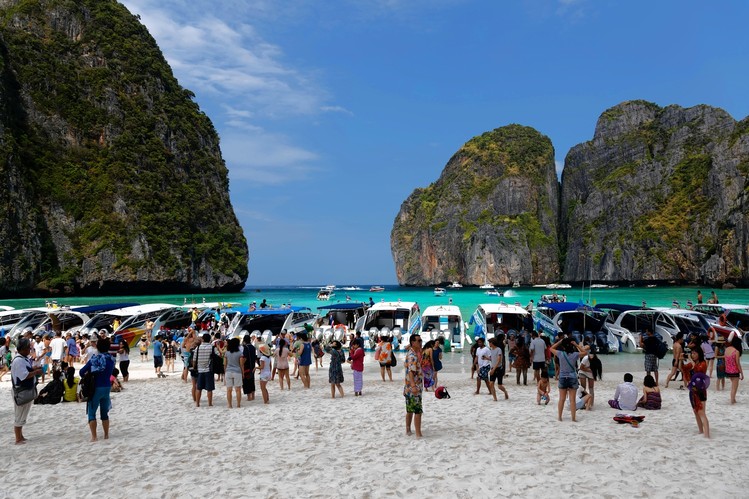 Despite the fallout from the recent Bangkok blast, The Tourism Council of Thailand has revised up its expected forecast from 28.8 million to 30 million inbound tourists this year.

TCT president Ittirit Kinglake said 8.1 million international tourists are expected to visit in the fourth quarter, a rise of 9% from the same period last year.

“The bomb blast at the Erawan Shrine in Bangkok, last month, hit the sector, but only for a short time. This will not affect the industry during the coming high season,”

A series of recent reports released this week point to Thailand exceeding all previous tourism arrival predictions despite the recent bomb in its capital city.

The official target of 28.8 million inbound tourists this year is expected to exceed 30 million – a record.

CBRE reported in their Hotel Trends Q2 2015, that Thailand saw strong demand for hotels from local and foreign buyers. With a weaker baht, the report claims that the tourism market continued to recover strongly with total arrivals up 30% on LY.

Arrivals from China the report said, are growing significantly and tourists from this market now account for 28% of total visitors. Bangkok is benefiting in particular from more short-break and independent visitors from China.

The report suggests strong increases in visitor arrivals have continued to push up occupancy in Bangkok to 70% in Q2 2015, a huge improvement on the 50% recorded in the same period last year. ADR and RevPAR grew slightly, the report stated.

Reports show that since the downturn in Russian tourists due to the weakened ruble, the China market has edged even further ahead as the dominant tourist market in Thailand. Eight million Chinese visitors are expected this year.

Is Thailand’s Tourism Too Dependent on China?