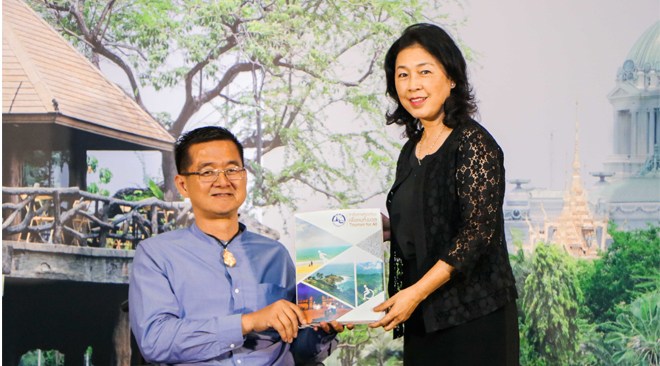 The Tourism Authority of Thailand (TAT) is launching new pilot routes in nine popular provinces to promote universal accessibility and ‘Tourism for All‘ concepts aimed at encouraging universal design catering to disabled travellers at facilities and tourism attractions across Thailand.

The initiative is a direct result of last year’s highly successful 36th World Tourism Day, which was held in Bangkok on 27 September, 2016, with a range of events under the banner of ‘Tourism for All – Promoting Universal Accessibility’.

During the event a number of speakers emphasised that the concept begins with universal design infrastructure that allows individuals with disabilities access to key tourism destinations and attractions.

Mrs. Somrak Kumputch, TAT Deputy Governor for Administration, presents the Tourism for All guidebook to Mr, Krisana Lalai, President of Friendly Design for All Foundation, a human rights worker and a famous journalist and TV host in Thailand

Mrs. Somrak Kumputch (right), TAT Deputy Governor for Administration said, “TAT recognises the importance of promoting equal access to Thailand’s many attractions, and we have always been a keen advocate of this concept over the past several years. The nine provinces selected have the necessary universally designed infrastructure to launch the promotion.”

TAT has launched a dedicated Tourism For All website and published a 116-page Thai-language guidebook – with braille letters and a DVD – to help raise awareness and extend the range of universally accessible attractions around the Kingdom.

The guidebook, available at TAT offices in the nine pilot provinces, can be downloaded or read online. Meanwhile, video clips of the nine routes, in Thai with English subtitles and Sign Language, are available on the website.

During last year’s World Tourism Day in Bangkok the Thai government stated it would “transform Thailand into the hub of universal design in ASEAN” which would, in turn, help the country develop into an ideal ‘accessible tourism’ country while preserving its invaluable architecture and history. It also announced plans to launch the pilot route project while concentrating on upgrading existing facilities.

This year’s World Tourism Day event is again scheduled on 27 September and celebrates the 37th consecutive session since its launch in 1980. It is a World Tourism Organisation (UNWTO) initiative dedicated to promoting accessible, sustainable and responsible tourism.

Thailand is building a 459 metres high observation tower in Bangkok 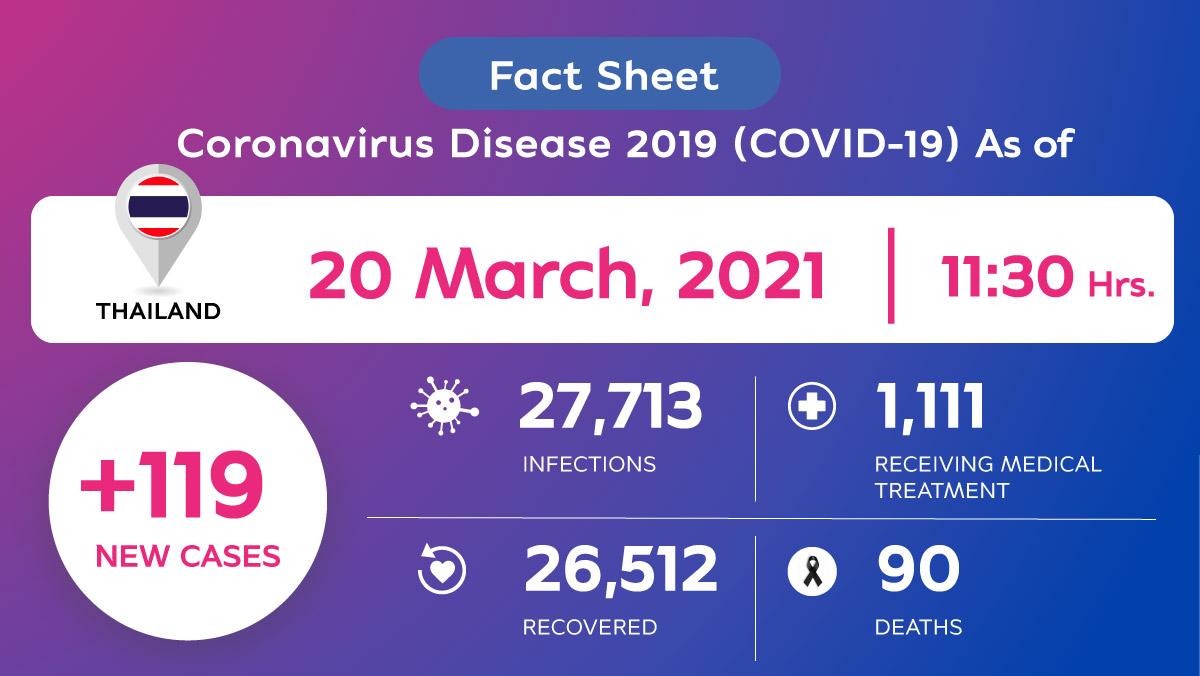