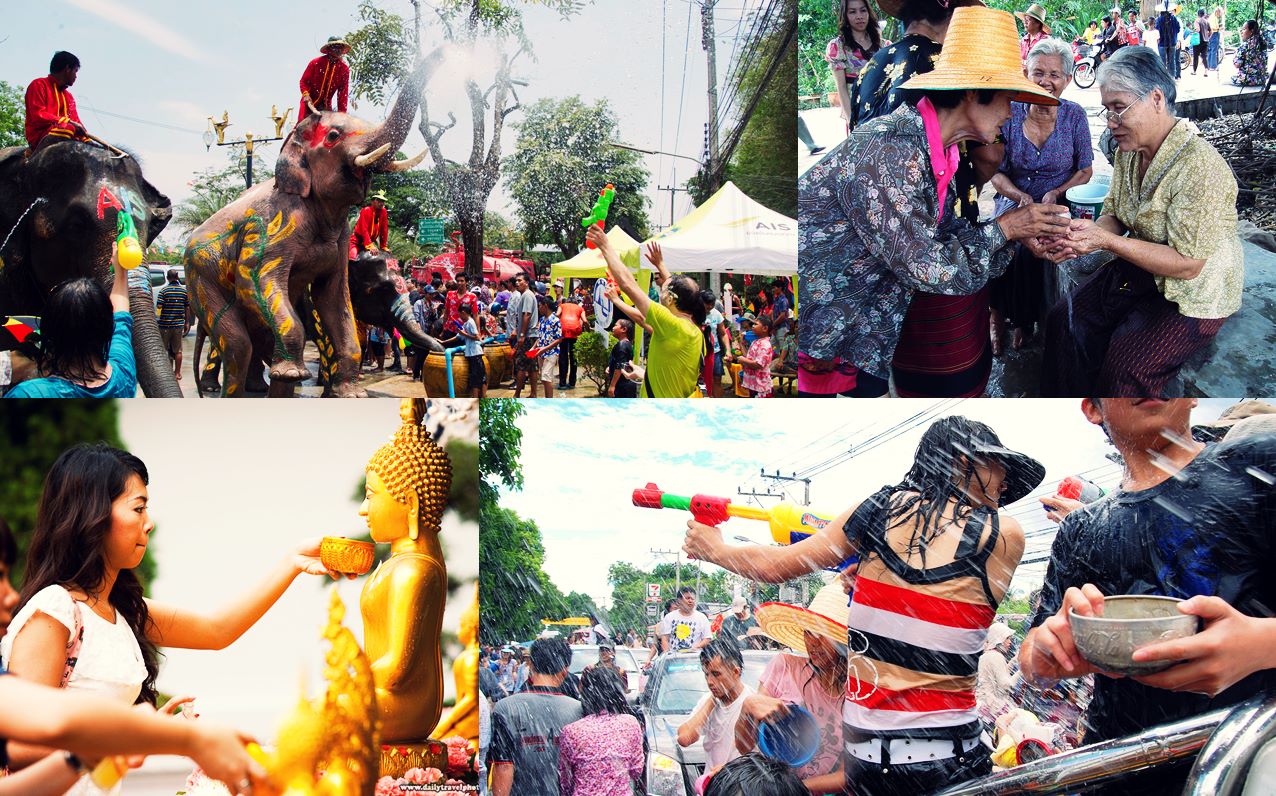 BANGKOK, 14 April 2019 (NNT) – In many provinces, tourists from around the world are enjoying themselves as they celebrate Songkran according to Thai traditions and local cultures.

On Khao Niew Road in Khon Kaen province, the atmosphere was lively and thoroughly wet, as crowds of Songkran revellers were splashing water at each other nonstop and setting a new human-wave record. The human wave in Khon Kaen has broken the previous record set in Japan at 17 minutes and 14 minutes. People can enjoy the Songkran activities on Khao Niew Road from 3 p.m. to 9 p.m.

In Sukhothai province, many Songkran revellers sporting floral shirts gathered on Khao Tok Road to engage in water splashing and pay respect to Buddha’s statues. Another events included a painting competition and beauty contest. Many revellers danced and splashed water at each other on Khao Tok Road, a popular tourist destination in Sukhothai.

In Lamphun province, revered Buddha’s statues from various temples were carried in a procession for people to pay their respects and sprinkle scented water on them. Some of the renowned Buddha’s statues were brought from Maha Wan, Phra Khon Reusi, and Muang Nga temples.

Many Buddhist devout prepared scented water and acacia to perform the traditional bathing ceremony. The province has also launched a campaign, urging people to take part in Songkran activities in a proper Lanna style and avoid using high-pressure water guns.

In Nakhon Ratchasima, the main Buddha’s statue from Phra Narai Maharat Woramaha Wihan temple was taken on a procession for people to pay their respects and perform the bathing ceremony to preserve Thai traditions.

The parade proceeded to Chumphon Gate, the city gate of Nakhon Ratchasima, and then returned to the Phra Narai Maharat Woramaha Wihan temple.

Moving east to Trat province, the Songkran activities took place along the roadsides of Suan Ruk Chat Mangrove Forest and attracted a large number of revellers, including young people.

A section of the road was closed to traffic to make way for the revellers, as police and security personnel were deployed to ensure public safety. Many people were still engaging in water-splashing on the back of pickup trucks.

The Songkran celebration in the southern province of Phang Nga was fun-filled and congested with both Thai and foreign tourists.

They also took part In a human-wave formation, built a water tunnel, and organized a foam party.

Thailand expects up to 5,000 weddings from China

Top of the food chain