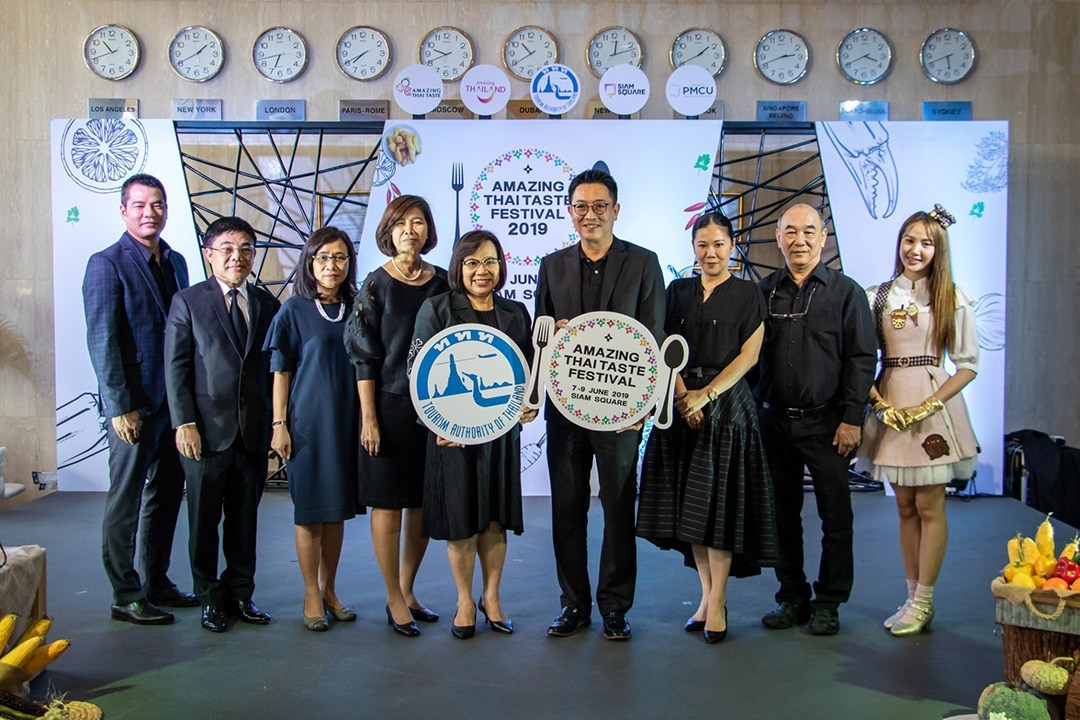 Bangkok, 29 May 2019 – The Amazing Thai Taste Festival 2019 is going green this year by asking participants to bring their own food and drink containers to enjoy discounts from  all participating stalls between 7 to 9 June from 11.00 to 20.00 Hrs. at Siam Square, Bangkok.

Mrs. Sujitra Jongchansitto, TAT Deputy Governor for Tourism Products and Business, said TAT continues to showcase Thai gastronomy and the many diverse tourism experiences connected with it to encourage travelling foodies to sample the original cuisine in its province of origin.

“TAT continues to emphasis gastronomy tourism and culinary tours as part of its key tourism products for both local and international tourist markets. It helps stimulate tourist spending as well as to spread income to farmers and food business entrepreneurs, and in the process help to stimulate local economies,”

This year’s theme, Thailand Food Paradise’, will showcase 120 delicacies from up and down the Kingdom in seven key zones.

There are four zones dedicated to famous and unique restaurants, as well as street food stalls that are especially well-known among Thais. These include Trendy Food, Michelin Guide, Street Food and Local Food zones. Most are so popular that they will have foodies queue up to sample the many delicacies on offer.

There is also a dedicated Cooking Class zone offering workshops conducted with celebrities, including ones on Thai-style tea with milk, ice cream and the Luk Chup Thai dessert.

The Entertainment zone will be located on the centre stage with continuous singing and dancing performances by Thai pop stars, recording artists and local bands.

The post Amazing Thai Taste Festival 2019 encourages all to just say ‘no’ to plastic appeared first on TAT Newsroom.