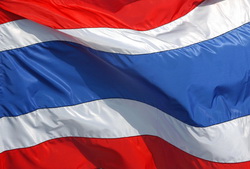 The number of foreign tourists this year is expected to reach 16 million as targeted if there are no serious political disturbances nor epidemics, according to the Tourism Authority of Thailand (TAT).

Speaking on the first day of assuming the TAT governorship, Governor Surapon Sawetseeranee said he would attempt to increase the number of foreign arrivals to the target set by Tourism and Sports Minister Chumpol Silpa-archa.

“Unless there is political chaos or epidemics, the number of foreign tourists will edge up to 15-15.5 million against the target number of 14 million,” he said.

For local tourism, the target number of local tourists is expected to reach 90 million with combined revenues of Bt430 billion this year.

He said strategies to attract foreign tourists are to expand, maintain, and retrieve the 3 groups of markets including ASEAN, Oceania (Australia-New Zealand and the Pacific) and China, Japan, Korea, Taiwan and Canada where there are several million targeted foreign tourists.

The TAT chief added that the New Year celebrations this year were more joyful than those of last year, which could help boost tourism.

The New Year celebrations generated incomes of at least Bt3.2 billion. Of this, Bt1.1 billion came from foreign tourists and Bt2.1 billion baht from domestic tourists.

World tourism industry should rebound from crisis in 2010