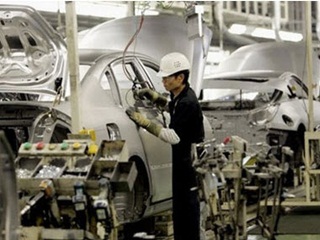 Thai exports in July hit a record high at US$21.521 billion, an increase of 38% year-on-year, beating the record in March of US$21.259 billion, Permanent Secretary for Commerce Yanyong Phuangrach announced.

Exports rose in all categories, particularly agricultural and agro-industrial products, which increased by 53.5 per cent — such as rubber with a 69.3 per cent increase, and rice with an increase of 110.6 per cent.

Thailand has now seen growth in exports for 22 consecutive months.

Similarly, industrial goods rose 34.9 per cent particularly jewellery and ornaments which expanded by 302 per cent, resulting from rising gold prices, which caused the value of gold exports to grow by 3,919 per cent.

Exports in the first seven months of this year valued at US$139.499 billion, an increase of 25.7 per cent, compared to the same period last year.

All groups of export markets expanded with 21.4 per cent growth of the matured markets. Thai exports to Europe and Japan, facing economic problems also rose by 35.5 per cent and 23 per cent respectively. The US market grew 8.1 per cent, marking a slowdown for the second consecutive month.