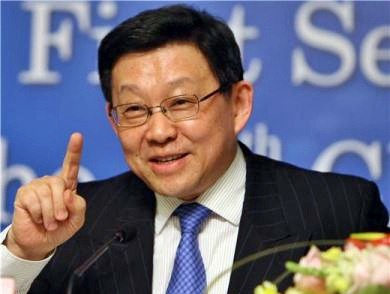 The world should be alert to new signs of trade protectionism and continue to fight it, Chinese Commerce Minister Chen Deming said Thursday. Although protectionism has not prevailed thanks to concerted efforts of various countries and organizations like the World Trade Organization, there has been a rising trend of its comeback, Chen told a meeting of economy and trade ministers from the Group of 20 (G20).

“The world should be vigilant and continue to fight trade protectionism unequivocally,” he said.

The Doha Round trade talks should be pushed forward vigorously and the multilateral trade mechanisms should be firmly safeguarded, Chen said.

He asked G20 members to overcome difficulties and to return to the negotiating table as soon as possible in order to push for comprehensive and balanced results of the Doha Round talks.

"The world should be vigilant and continue to fight trade protectionism unequivocally," said Chen Deming

Chen also stressed the role of international trade in boosting economic development and in creating jobs. He asked G20 countries to re-align their policies to facilitate trade, and to strive for the liberalization of trade and investment.

The G20 countries should also support enterprises, particularly small- and medium-sized ones, in financing for trade so as to reverse the slide in trade.G20 economy and trade ministers were meeting for the first time in Mexico’s Pacific coastal city of Puerto Vallarta to discuss measures to promote trade and investment.

The meeting was held ahead of a G20 summit in Los Cabos in June.

The country also offers convenient trade with China, India and the countries of the Association of Southeast Asian Nations (ASEAN), and easy access into the Greater Mekong sub-region, where newly emerging markets offer great business potential.

Thailand was one of the founding members of ASEAN and has been instrumental in the formation and development of the ASEAN Free Trade Area (AFTA).
AFTA entered into force on 1 January 2010 for the six original ASEAN (ASEAN-6) members (Thailand, Singapore, Malaysia, Indonesia, Philippines, and Brunei), thereby reducing import duties to zero; the so-called CLMV countries (Cambodia, Laos, Myanmar and Vietnam) will follow suit in 2015.