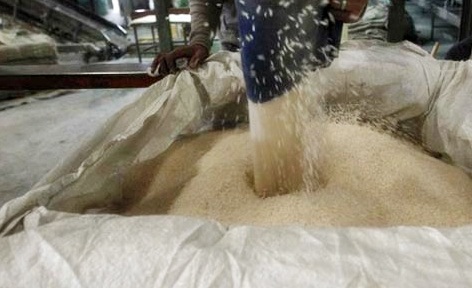 The deal helped ease domestic political and market pressure on the Thai government, which has come under fire for its rice-trading policies.

Wen and Thai Prime Minister Yingluck Shinawatra on Wednesday witnessed the signing of a memorandum of understanding on the rice deal, which will help boost trade between the two countries.

The memorandum was not a government-to-government contract on rice purchasing as widely understood, but an intergovernmental instrument to boost the rice trade, a senior official said.

The memorandum says both sides will develop rice trading for the benefit of good relations.

Under the deal, the Chinese government will support the Chinese private sector for rice trading with Thailand, according to General Damrong Kraikruan, the Foreign Ministry’s East Asia department director.

The rice deal with China was the most-watched agenda item during Wen’s visit because the Thai government had faced accusations from an opposition party and academics that its rice price policies damaged the domestic market and led to the decline of Thai rice trading.

It was announced that 10 private Chinese firms signed a deal with the government to import 2.6 million tonnes of rice worth US$203 million.

Thailand has stockpiled up to 14 million tonnes of rice thanks to the much criticised rice pledging scheme where the government pays farmers 50 per cent more than the market price.

Thailand’s leading economist Ammar Siamwalla today described the agreement on rice purchases signed Wednesday by Thailand and China as a “hollow document suitable for putting in a frame to be hung in the minister’s office.”

His sarcastic remark came on the heels of the government’s highly-publicised memorandum of understanding between Bangkok and Beijing during the visit of outgoing Chinese Prime Minister Wen Jiabao to Thailand.

Dr Ammar, an expert on Thai rice and agricultural economics, said the latest Thai-Chinese agreement is meaningless for the Thai government in its rice management policy.

The government has never planned to release its rice stock from the very beginning despite the Finance Ministry’s repeated requests for a concrete rice distribution plan, the Thailand Development and Research Institute (TDRI) economist said.

The cash-exhausted Bank of Agriculture and Agricultural Cooperatives (BAAC) has asked the Finance Ministry to guarantee additional loans of Bt120 billion to Bt161 billion to pledge rice in the new harvest but the ministry disagreed, according to the TDRI academic.

The BAAC has resorted to seek loans without the Finance Ministry’s guaranty which resulted in higher interest, he said, warning that the BAAC will face sporadic liquidity problems while rice pledging expense will be higher.
(MCOT News)