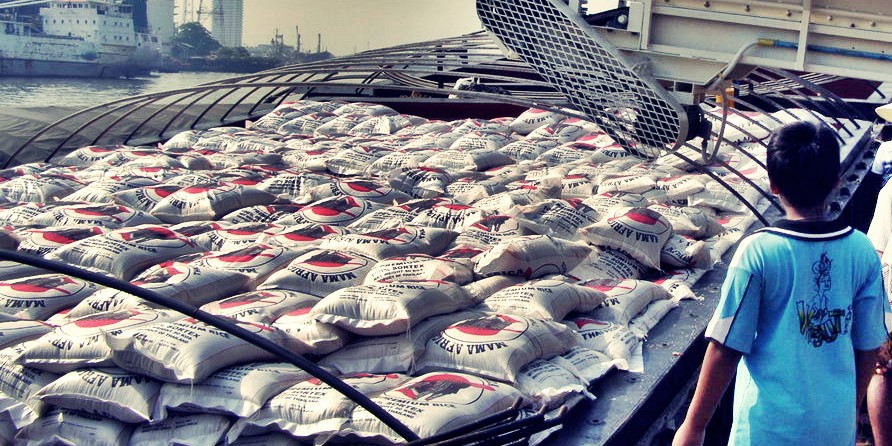 Thailand is bound to regain the world’s  rice exporter first place, after it is now confident to export around 11 million tons of rice by end of this year.

Sales from state stocks and the end of the rice pledging scheme have helped the country to regain its position as the biggest exporter, according to the UN Food and Agriculture Organization (FAO).

“A development dominating the international rice trade this year has been the resurgence of Thailand as a leading rice exporter, an advance made possible by key policy changes regarding government market intervention, namely the suspension of the paddy pledging programme and public stock sales,”

the FAO said Thursday in its last quarterly Rice Market Monitor report of 2014.

Since October, FAO has raised its forecast of international trade in rice in calendar 2014 by some 500 000 tonnes to 40.2 million tonnes, primarily on higher expected imports to Bangladesh and Guinea, and, based on reported shipment progress, also to Djibouti, Sri Lanka, Turkey and Zimbabwe.

Import forecasts were instead lowered for the Republic of Korea and the Islamic Republic of Iran, with revisions to historical estimates also entailing cuts in import figures for Egypt. On the export side, these changes were met with more buoyant sales mostly by Thailand, but also Viet Nam.

Competitive world prices are also behind steady increases in rice imports by countries in Africa, but also in Latin America and the Caribbean, Europe and North America. Among exporters, 2014 is marking a resurgence of Thailand as a leading rice supplier.

International rice prices, which have been steadily falling since September 2014, lost further ground in November. Particularly steep falls have been evident in the aromatic rice segment, amid prospects of large availabilities coupled with reduced import demand. Indica rice prices have also been under much pressure, reflecting a sluggish import demand and the arrival on the market of newly harvested crops. Quotations in all of the major origins have been falling, especially those of India, Pakistan and Viet Nam.

Prices also fell in Thailand, although the decline since September was less than witnessed in competing countries, as a cautious release of public stocks helped contain the slide.

Thailand to sign deal with China on 2.2 mln tons of rice and rubber