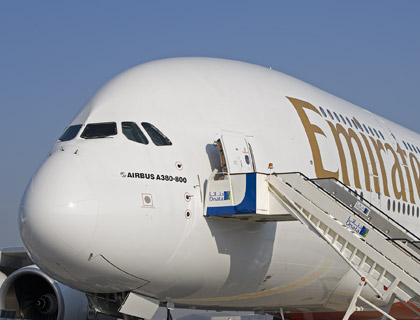 The new A380 service operating from Bangkok to Hong Kong is the latest route from Emirates’ global network to be served by the most environmentally advanced commercial aircraft in the skies as the city state becomes its 11th destination.

Khalid Bardan, Emirates’ Area Manager for Thailand and Indochina, said: “We are pleased to offer passengers from Thailand the chance to fly on our iconic A380. As Hong Kong is one of the most popular destinations for Thais, whether for business or pleasure, we believe this will become a very popular service.”

The new A380 service departs Bangkok daily at 13.45 hrs and lands in Hong Kong at 17.40. A late return gives travelers the chance to spend the whole day exploring city state or finalizing business deals before returning to Bangkok at 22.25 hrs

Richard Jewsbury, Emirates’ Senior Vice President, Commercial Operations, Far East and Australasia, said: “Hong Kong is a thriving commercial hub and, along with Greater China, is integral to the future growth of the world economy. This economic strength makes it a key market for Emirates and we are delighted to be bolstering our commitment to the region by bringing our flagship aircraft to Hong Kong.

“The 517-seat double-decker will help meet the growing demand for seats on this route, particularly in Business and First Class, while offering our passengers the chance to enjoy the premium A380 experience.”

Stanley Hui, Chief Executive Officer of Airport Authority Hong Kong, said: “We have a long established relationship with Emirates which goes back to 1991 and the announcement by Emirates that they will operate their Airbus A380 aircraft between Hong Kong and Dubai signifies an important development in our partnership.

“Hong Kong International Airport is already A380 capable, and we are glad to welcome the Emirates A380 aircraft to the city.”

Edwin Lau, Emirates’ Vice President, Greater China, added: “This is an exciting time for Emirates in the region with the arrival of the Hong Kong A380 service coming just two months after we launched the super-jumbo service between Dubai and Beijing.

“Having operated on the route for almost two decades, Hong Kong has played an increasingly important role in our global network. In addition to connecting passengers to more than 100 destinations around the world, we disperse a large volume of cargo.

“Each week more than 2300 tonnes of freight is transported by Emirates across the belly-hold capacity of 14 passenger flights and 19 dedicated freighter services operated by Emirates SkyCargo,” added Lau.

Emirates’ luxurious A380 products include two onboard shower spas in the First Class cabin, featuring signature amenities by the airline’s premium spa brand, Timeless Spa. For First and Business Class passengers, the onboard lounge is the social highlight, featuring a fully-stocked bar and a selection of hot and cold canapés.

Flat-bed massage-equipped private suites await passengers in First Class; Business Class sports a new generation of all-aisle flat-bed seats; Economy Class travelers can stretch out in seats with a pitch of up to 33 inches.

In all classes, gourmet food is served by Emirates’ multicultural cabin crew, while there is also mood-lighting and ice, the award-winning, in-flight entertainment system, featuring over 1200 channels of on-demand entertainment, including movies and music in Thai and Cantonese.

In addition, passengers travelling with Emirates on the A380 and all its other aircraft benefit from a generous baggage allowance of 30kg in Economy, 40kg in Business and 50 kg in First.

Emirates is the largest A380 operator in the world and flies daily from Dubai to Paris, Jeddah, Seoul, Bangkok, Sydney, Auckland, Beijing and Manchester, as well as double daily to London Heathrow and three times a week to Toronto. In addition – from the 31st October – the aircraft will make its much-anticipated return to New York with its non-stop service between Dubai and JFK.

Emirates will continue to offer its passengers the option of a non-stop daily service between Hong Kong and Dubai, currently operated by a Boeing 777-300ER.

Since its launch in 1985, Emirates Airline has received more than 400 international awards in recognition of its efforts to provide unsurpassed levels of customer service.

The airline has experienced rapid and consistent growth, above 20 percent a year on average and has been profitable for the last 22 consecutive years. Financially self-sustained and unprotected, Emirates carried 27.5 million passengers in the 2009-10 financial year – almost 4.7 million more than the year before – and declared a net profit of AED 3.5 billion (US$ 964 million). Group revenue remained stable at AED 45.4 billion (US$ 12.4 billion), while the margin improved to 9.1 percent from 2.6 percent a year earlier

Its 150 all wide-bodied fleet includes 7 freighters and is among the youngest in the skies, with an average age of 69 months. The airline plans to more than double its size by 2012.

Emirates presently has 203 aircraft pending delivery, worth over US$68 billion in list prices.

At the Berlin Air Show in June 2010 Emirates placed an order with Airbus for an additional 32 A380 aircraft taking the total firm order for the iconic flagship of the 21st century to 90 super-jumbos, the tenth of which it has received in June 2010, makes it the largest customer of the Airbus super-jumbo. 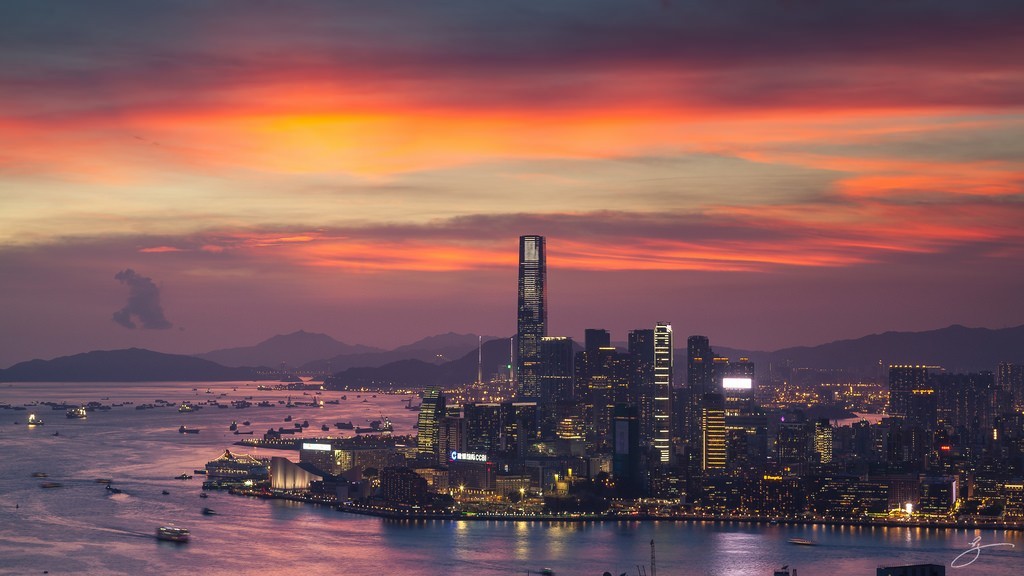