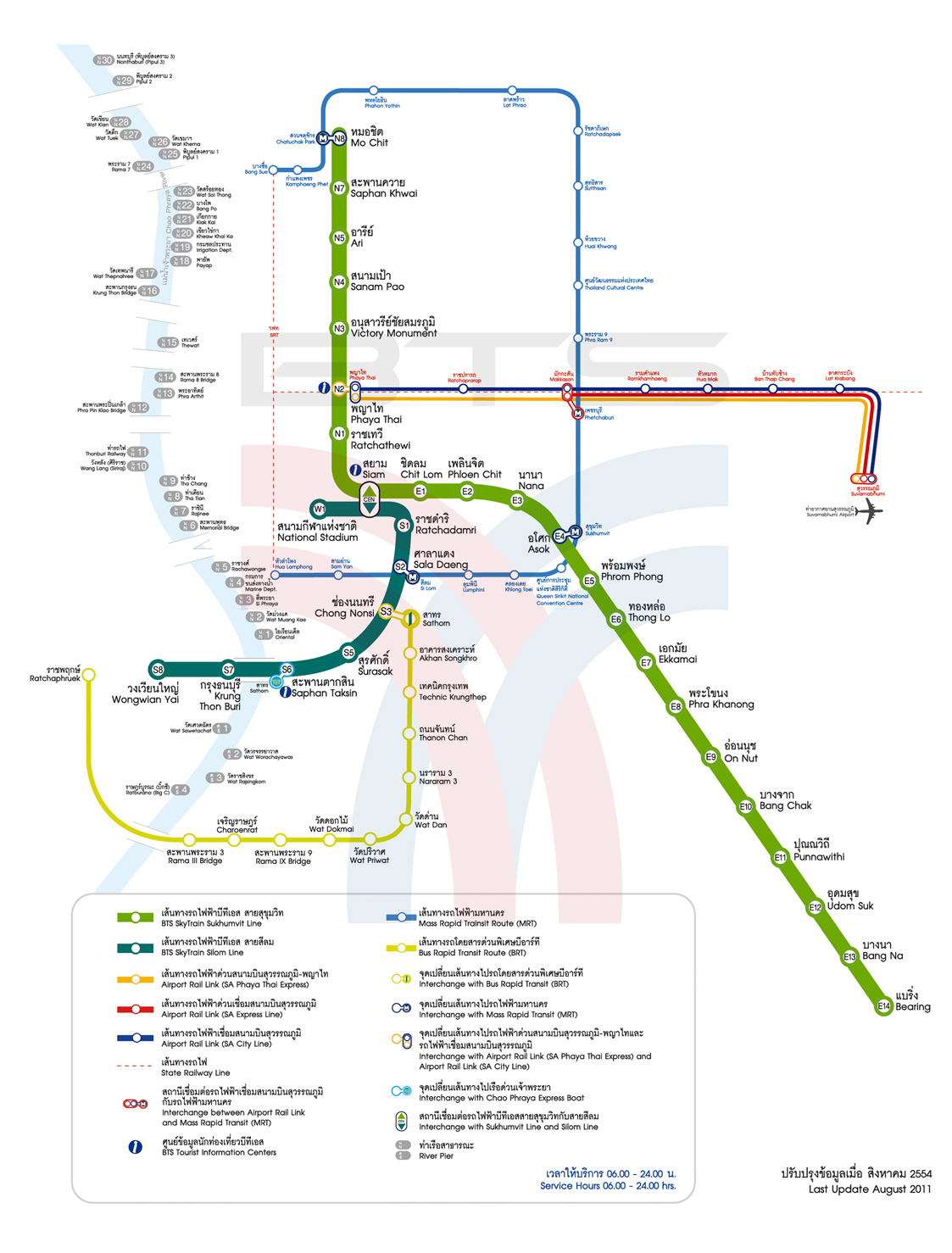 The extension from On Nut to Soi Bearing between Soi Sukhumvit 105 and 107 was opened on 12 August 2011, to coincide with HM the Queen’s birthday.

This new 5.28-kilometer extension of the Sukhumvit Line, which runs along Bangkok’s most important commercial and residential thoroughfare, Sukhumvit Road, now provides direct access to the Bangkok International Trade & Exhibition Center (BITEC) and opens up significant business potential for a number of small hotels and guest-houses in the southeastern suburbs of Bangkok. This further enhance the appeal of visiting one of Asia’s most popular tourist cities.

Since its opening in December 1999, the SkyTrain has proved to be a blessing for tourists visiting Thailand by helping them beat the city’s traffic conditions, thus getting much better value for time spent in the “City of Life”. The 30 stations along its combined length of 30.9 kilometers provide access to a huge number of city attractions, shopping complexes and hotels.

Visitors attending trade exhibitions, conferences and events at BITEC will find the new SkyTrain extension a huge advantage. They can now stay at hotels anywhere along the BTS routes, get off at Bang Na Station and hop aboard a shuttle service operated by BITEC from the Sukhumvit Road Entrance to its Exhibition Halls.

BITEC is also adding a Sky Walk, an elevated walkway complete with travelators that will deliver visitors from Sukhumvit Road to a new, air-conditioned Welcome Hall and also connect with a new main building planned for completion in 2012.