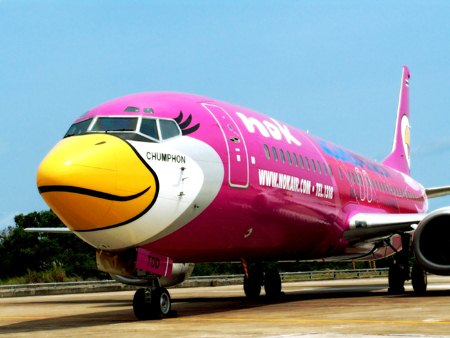 Nok Air budget airline has cancelled all flight schedules from 12.00hrs today until 1 November due to floods. Orient Thai Airlines has moved services from Don Mueang Airport to Suvarnabhumi Airport temporarily as from today, 25 October, until further notice.

Airplanes departing from airports in other provinces are instructed to land at Suvarnabhumi Airport before being parked at U-Tapao International Airport, Chon Buri. Nok Air offers its service of approximately 53 flights per day.

via Nok Air cancels its service from today until 1 Nov : National News Bureau of Thailand.