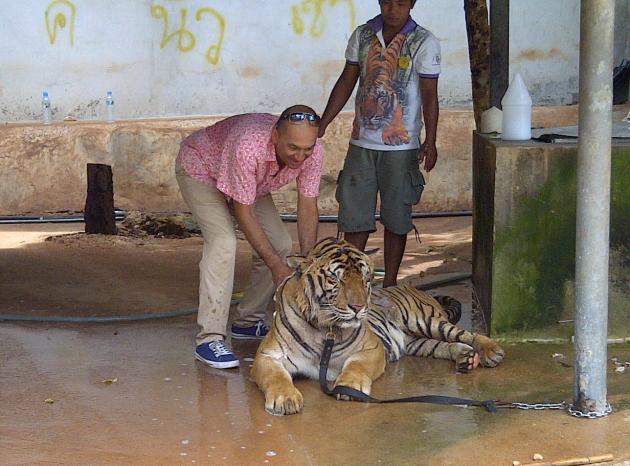 Quick initial assessment of Bangkok from Rajan Datar, who hosts BBC World’s popular travelogue series “Fast Track”: Thais have a fetish for cars. His astuteness must be why they call it “Fast Track”.

After a week shooting an episode on Thailand for the show, Datar has decided we’re also friendly, liberal-minded and more tolerant of foreigners than our neighbors tend to be.

Datar says Thailand is a natural subject for his programme because tourism continues to surge here despite the global financial turmoil that has crippled the industry in Mexico, Spain and Greece.

An Oxford and London School of Economics graduate who is, conveniently enough, a travel nut, Datar initially had finance in focus while working on BBC2’s “The Money Programme”. He wrote and hosted more than 30 half-hour spots that admirers say breathed new life into the staid old “Beeb”.

After a week shooting an episode on Thailand for the show, Datar has decided Thais (including tigers) are also friendly, liberal-minded and more tolerant of foreigners than our neighbors tend to be.

Then he fronted “Rough Guide to the World”, Channel 4’s “People’s Parliament” and, back at BBC2, “The Net”, which covers the new communications media. And for two years he was a reporter on “Newsnight”, specializing in culture and social trends, while at the same time hosting the BBC World Service art-and-film programmes “The Strand” and “On Screen”.

via BBC in a tuk-tuk – The Nation.

Thai Airways to fly first A380 from October