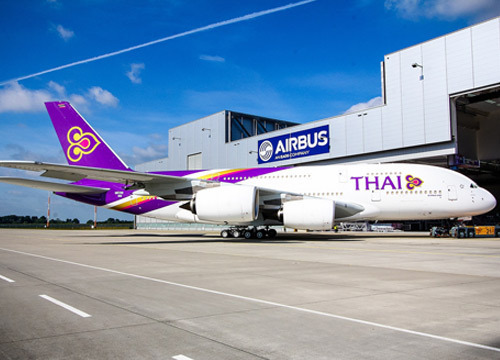 Thai Airways International (THAI) will fly its first Airbus A380 to Hong Kong and Singapore after receiving the aircraft on Sept 27, a senior THAI executive said.

Thai executive office said three A380s will be delivered to THAI within this year, and the second superjumbo will be added to the Bangkok-Frankfurt route.

Mr Ampon Kittiampon, Chairman of THAI Board of Directors, said THAI’s passengers on European routes were reported at 70 percent capacity despite the economic crisis in the Eurozone.

The national airline has enjoyed continued and satisfactory growth on regional routes, such as to Japan, China and Southeast Asia, Mr Ampon said, expressing confidence that THAI’s overall performance will be positive despite the EU debt crisis and the massive floods of last year which have had an impact on the Thai economy. (MCOT online news)

via THAI to fly fleet’s first A380 next month.

Related Topics:airbusThai airways
Up Next