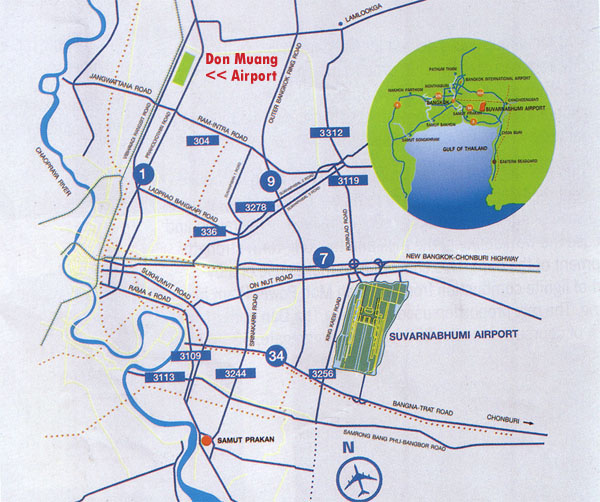 Don Mueang Airport fully relaunched its services for low cost airlines Monday 1st October, after operation had ceased in 2006 following the opening of the new Suvarnabhumi Airport and the single airport policy.

Passengers began queueing for check-in at AirAsia airlines at 4am for the first flight to Bali, Indonesia at 6.15am.Thai AirAsia, the biggest low-cost airline in Thailand, moved its equipment to Don Mueang overnight Sunday, at midnight, after its last flight took off from Suvarnabhumi Airport.Relocation of empty aircraft from Suvarnabhumi to Don Mueang was completed at 3am yesterday.

On March 16 the government ordered all low-cost, charter and non-connecting flights to relocate to Don Mueang Airport to ease congestion at Suvarnabhumi Airport, ending the single-airport policy

In addition to Thai AirAsia, Don Mueang Airport serves Nok Air, Orient Thai and chartered flights, he said, adding that Don Mueang will become another connecting hub for the region.

Don Mueang will take at least 12 million passengers per year.