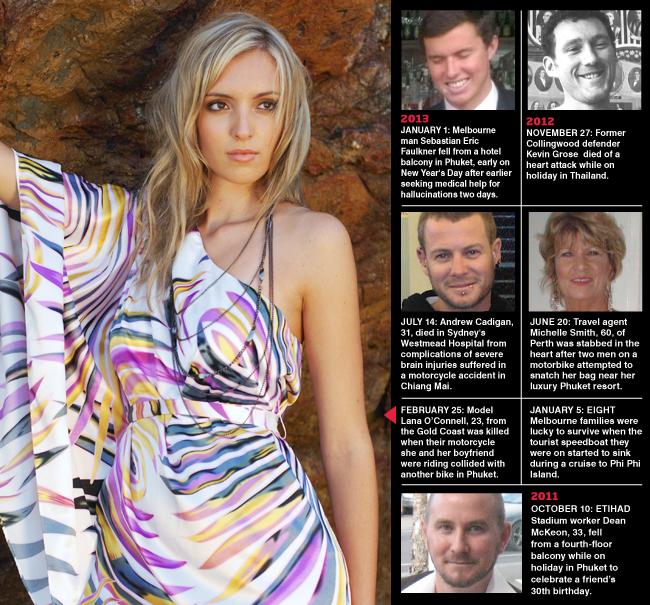 Thailand is one of the nation’s favourite overseas holiday destinations – but the popular family playground has a darker side. Figures reveal the South-East Asian kingdom is the deadliest destination for Aussies.

The 100 Australians who died there last year accounted for one in eight of the 791 deaths on foreign soil.Greece, which boasts large numbers of dual Australian citizens, was the next most likely spot for Australian passport holders to die, with 58 deaths.”Most died from natural causes, such as illness and age but, sadly, many – the result of accident or misadventure – were avoidable,” Department of Foreign Affairs spokesman Simon Merrifield said.

via Thailand can be a deadly destination for Australian tourists | Herald Sun.