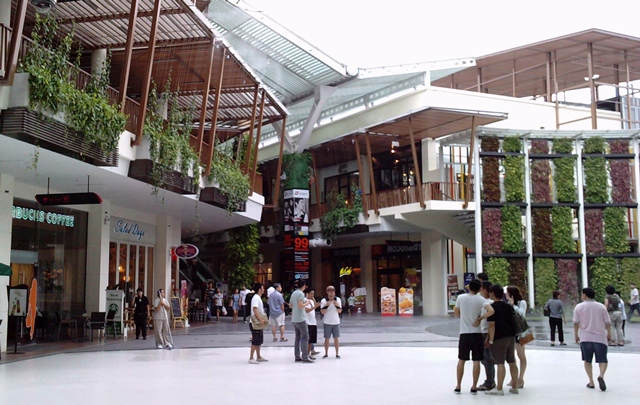 The Thai government will reduce import duties on luxury goods from 30 per cent to 5 per cent to create Thailand as a shopping paradise – one of several attempts to attract more than the 26 million tourists already projected to come to the country this year.

Areepong Bhoocha-oom, permanent secretary for finance, said the new import tax structure should be concluded in a few months with the hope that Thailand will be more competitive with duty-free countries such as Singapore and Chinas Hong Kong and that the country’s gross domestic product GDP would consequently grow by 4 per cent.

Admitting shrinking exports, he said the government would switch to stimulate the domestic economy with an emphasis on tourism which has been on a rising trend since early this year.

“We hope to attract 26.4 million tourists this year – an increase from 22.4 million people or by 18 per cent from last year,” said Mr Areepong. “The tourism and service sector represents 50.3 per cent of GDP and 44.5 per cent of total employment.”

The government aims to promote Thailand as a regional shopping paradise while the reduction of import tax on luxury goods could encourage tourists to stay longer during their visit to the country, he said. Mr Areepong said the lower import tax would also attract Thai people to shop for luxury goods in the country instead of having to buy the products abroad.

In supporting border trade and tourism, he said the government would allow Thais and foreigners to possess more cash from the original limitation at Bt500,000 per person.

The government has mapped out plans to boost domestic consumption through Bt880 billion state-initiated projects and speed up over Bt41 billion in state budget spending and Bt60 billion investment within this year, said Mr Areepong. He predicted that the US attack on Syria would have an impact on the prices of oil, gold and stocks for a short term. MCOT online news