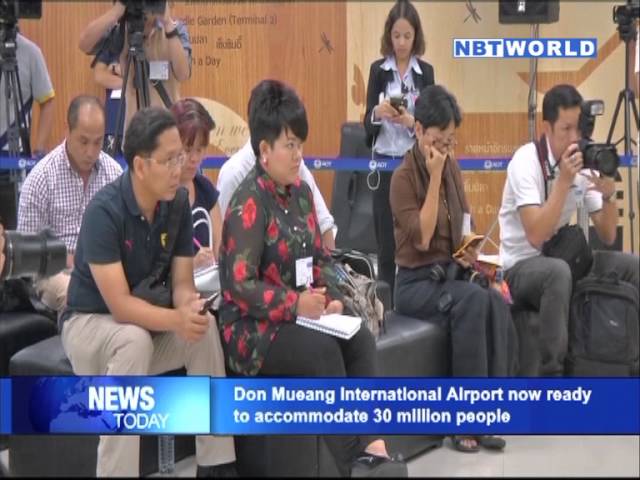 BANGKOK,2 March 2016 (NNT)-The second phase of the development at Don Mueang International Airport is now complete and ready to accommodate more passengers as of March 8th.

A ceremony will be held on March 8 to mark the opening of the new development. Don Mueang International Airport is now able to accommodate 12 million more passengers annually or around 30 million people per year.

Mr. Nithinai added that the third phase of the airport development will focus on renovating and transforming the old domestic terminal into a new passenger terminal. A walkway will be built to connect the building to the new Sky Train station. There will also be a new car parking building nearby that can accommodate up to 3,000 cars.

The AoT President claimed around 10 billion baht is needed to complete the third phase which will increase the efficiency of the airport to accommodate as many as 40 million travelers per year.

Five Things You Should Know Before Traveling to Thailand