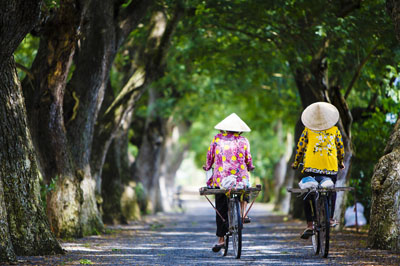 “Indonesia is an attractive destination for Vietnamese tourists due to its ancient history, culture and pristine beaches,” he said.

However, every year, only 50,000 Vietnamese tourists visit Indonesia and just  70,000 Indonesian tourists visit Vietnam, he claimed, adding that the figures were modest in comparison to the potential the two countries offer.

“We will help to connect Vietnam Airlines with airline companies in Indonesia, with the hope we can introduce direct flights between the two countries.”

He hopes that the first direct flight from Hanoi to Jakarta and to Bali will start soon, but there have been no announcements so far from any airlines on launch dates.

The embassy will also work with the Vietnam National Administration of Tourism and Vietnam Airlines to organise fam trips between the two countries to encourage tourism growth.

For the first nine months of the year, 51,381 Indonesian travellers visited Vietnam increasing 11.2% over the same period last year, according to the government statistics office.

Vietnam is emerging as one of the fastest growing aviation and tourism markets in ASEAN and is expected to overshadow Thailand in terms of outbound travel growth over the next five years….