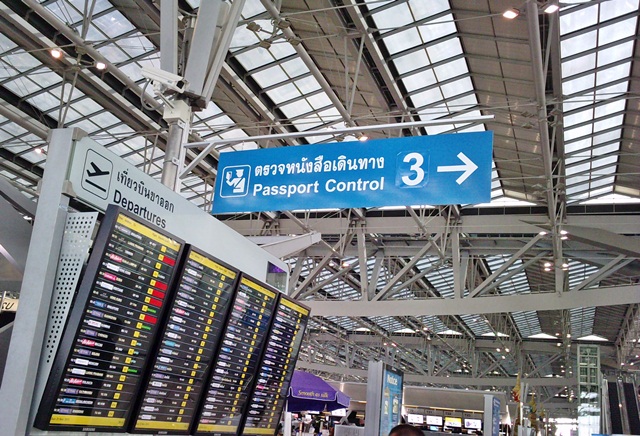 Global airport passenger traffic lost momentum from a growth rate of 5.4% in July to 3.6% in August.

International passenger traffic continued to grow at high rates in the Asia-Pacific and the Middle East regions (+8.5% and +8.3% respectively).

The highest growth rates in total passenger traffic were observed in the Middle East and Asia-Pacific (+8.1% and +7.5% respectively), followed by North America, Latin America-Caribbean and Europe (+2.3%, +2.2% and +1.9% respectively).

Africa came to the finish line with a 3.2% loss in total passenger traffic during August.

North America has been strongly positioned due to the combination of low airfares and stronger consumer confidence.

The United States has been opening to international air traffic, reflected in the 5.8% increase in international passenger volumes since January 2016.

Asia-Pacific has also had strong aviation prospects due to the growth generated by several big economies, namely China, Japan, India where total passenger traffic at their major commercial airports grew 6.7%, 4.8% and 20.0% respectively.

The booming aviation market of India has seen an 18% growth rate since January 2016. Korea, fully recovered from the Middle East respiratory syndrome coronavirus and posted a robust 16.7% growth rate for August and a 17.0% growth rate for the eight months from January to August 2016.

Europe showed signs of contraction, mitigated by positive traffic performance in selected countries of the EU.

The slowdown in traffic was a result of the drop in the non-EU markets, primarily Turkey and the Russian Federation with 14.9% and 5.8% passenger traffic declines respectively at their major commercial airports. T

he rest of Europe however provided a mixed picture. The recent terrorist attacks in the region earlier this year, the Brexit factor, low consumer confidence and general uncertainty about the broader economy has had a negative impact on air travel in the region. The euro-area economy saw its growth rate dip to a 20-month low at the end of the third quarter of 2016, reflected in the 0.1% total passenger growth rate in Germany and the 0.3% decline in France. United Kingdom remained strong at 5.1%, while Spain continued to be the brightest spot in the region with a growth rate of 7.6%.

The Middle East, with its steady and robust development of air transport, demonstrated a steady growth rate of 6.4% in total passenger traffic at its five airports in the United Arab Emirates and a 17.4% growth rate at Doha (DOH), Qatar. Israel kept momentum at +4.6%.

The major economies in Latin America-Caribbean pulled traffic growth in opposite directions. While Brazil, hit by severe recession, lost 6.1% of its total passenger traffic at its major commercial airports in August, Mexico, Argentina, Peru, Chile and Panama grew 9.4%, 7.9%, 8.9%, 10.9% and 14.9% respectively, and had a balancing effect on air traffic in the region as a whole. Colombia, the third largest aviation market in the region, slowed to 3.2%.

In Africa, a 2.2% and 2.3% growth rate in total passenger traffic in August in South Africa and Morocco respectively was not enough to offset traffic declines in Egypt that decreased 25% compared to the previous year. Tunisia showed signs of recovery (+37.3% at its nine airports combined), while Nigeria remained in negative territory with a 12.3% decline in total passenger traffic at its four largest airports combined.

What makes the Alibaba Group so successful?