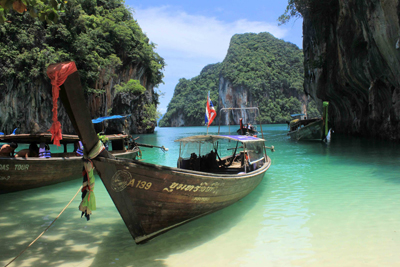 BANGKOK, 16 December 2016: Kasikorn Research Centre estimates Bangkok residents will spend THB28,500 million during the upcoming of New Year period, but the growth trend when compared with last year will shrink.

The bank’s think-tank said business operators hope the New Year festival will stimulate sales, but it is very likely that celebrations, toned-down during the country’s mourning period for the Late King, could slow New Year sales.

The centre estimates that during the New Year holiday Bangkok residents will spend THB28,500 million, up just 5.0% when compared to an 8% improvement achieved during the festival celebrations last year.

Shopping will account for THB4,400 million mostly spent on souvenirs and presents, while THB4,100 million will be spent on cash gifts to parents and siblings and THB2,800 to making merit mainly in Buddhist temples.

The average New Year spend per person will be THB5,400, the centre estimates.

The Thai Cabinet has approved an extra public holiday, 3 January, in addition to 2 January, to give residents a four-day break.

The Cabinet on Tuesday approved a tax break for year-end shopping, which should help to boost the retail sector and encourage residents to spend more, the centre added.