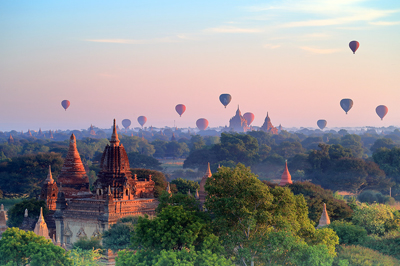 Restoration of 53 other important monuments will take place in the second stage, he said.

A total of 389 pagodas and temples, of 3,252 monuments standing on Bagan’s plain, were damaged when a 6.8 magnitude earthquake struck Myanmar, 24 August.

Restoration of more than 200 temples was completed this month, the report said.

The entire project will take five years and will require fund raising from the private sector.

Bagan is an ancient city located in Mandalay Region, built between the 9th and 11th centuries, during an era when some 55 Buddhist kings ruled the Bagan Dynasty.

Myanmar’s World Heritage Site Committee plans to nominate the Bagan Archaeological Zone for UNESCO’s World Heritage list in 2017, for consideration at the agency’s annual convention in 2019.

Officials claim the earthquake did not delay the application process with UNESCO. It is likely to be accepted within two years as earlier estimated.

Singapore passport is the highest-ranked passport with Sweden