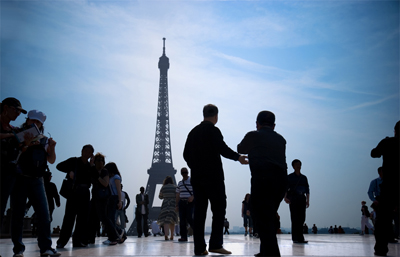 2016 was the seventh consecutive year of sustained growth following the 2009 global economic and financial crisis. A comparable sequence of uninterrupted solid growth has not been recorded since the 1960s. As a result, 300 million more international tourists travelled the world in 2016 as compared to the pre-crisis record in 2008. International tourism receipts grew at a similar pace in this period (complete 2016 receipts results will be reported in May).

“Tourism has shown extraordinary resilience in recent years, despite many challenges, particularly those related to safety and security. Yet, international travel continues to grow strongly and contribute to job creation and the wellbeing of communities around the world,” said UNWTO secretary-general Taleb Rifai.

By region, Asia and the Pacific (+8%) led growth in international tourist arrivals in 2016, fuelled by strong demand from both intra- and interregional source markets. Africa (+8%) enjoyed a strong rebound after two weaker years. In the Americas (+4%) the positive momentum continued. Europe (+2%) showed rather mixed results, with double-digit growth in some destinations offset by decreases in others. Demand in the Middle East (-4%) was also uneven, with positive results in some…

Singapore passport is the highest-ranked passport with Sweden