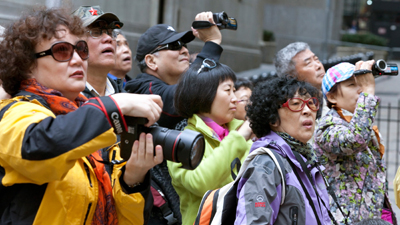 The bank’s survey showed that 83.4% of Chinese tourists interviewed in the survey supported the crackdown and thought it would benefit Thailand’s tourism in the long-run.

And another 15% of respondents, while agreeing with the crackdown, were not sure of the outcome.

Zero-dollar tours are a long standing scam operated by a small group of local travel companies in partnership with Chinese tour operators. They assemble tour packages that at a glance appear to be bargains. But once tourists pay for the basic tour, which appears to be below cost, the partners push their clients to buy side trips that visit attractions and shops selling gems and handicrafts where services and goods are marked up at least 100%.

Guides, tour operators and Chinese partners reap millions in commissions, all tax-free, while the travel supplier pays at least 35% to 40% in commissions to gain a visit from the highly controlled tour bus itineraries.

The Thai government cracked down on zero-dollar tours last September despite an outcry. It was not the first attempt to end zero-dollar tours. Over the past three decades, various attempts failed after just weeks due to a lack of commitment by authorities. This time the campaign has continued despite travel industry criticism mainly from those with a vested interest in keeping the scam…