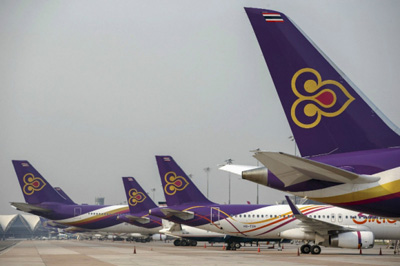 International Civil Aviation Organisation is due to conduct a security inspection of Thailand’s aviation 30 June.

According the National News Bureau of Thailand, Transport Minister, Arkhom Termpittayapaisith, met with executives from 15 Thai airlines to notify them of the up-coming inspection.

He expressed confidence that Thailand’s aviation  would be given a clean bill of health on aviation and safety supervision prompting the country’s removal from the ICAO red flag list.

Thailand has been on the red-flag list since June 2015 when ICAO notified Thailand’s Department of Civil Aviation (now defunct) that its supervision of the industry was substandard.

Nepal is the only other country red flagged by ICAO in the Asia Pacific. region At the time, 13 nations were flagged as substandard in their supervision of aviation safety.

Today, only eight nations remain on the red-flag list including Thailand and Nepal.

The 30th June inspection will focus on 33 key areas of Thailand’s aviation industry according to the Ministry of Transport.

The minister said a civil aviation bill is being finalised and will be promulgated soon, a move that is likely boost ICAO’s confidence in the government’s ability to supervise aviation standards.