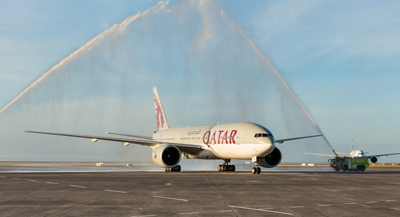 Qatar Airways has launched promotional fares for travel to selected destinations, May through to the end of August.

Bookings must be finalised by 6 April.

The promotion starts with a roundtrip fare, inclusive of taxes, fees and surcharges, ex-Bangkok, at THB15,753 to Dubai in the Middle East.

The airline is also offering inflight laptop loans for its business class passengers to get around the ban on laptops for flights to the US out of its Doha hub.

Bookings must be made by 6 April for travel from 1 May until 30 August this year.

The promotion is valid only on Qatar Airways flights. Fares are subject to change due to fluctuations in exchange rates. The promotion saves up to 30% off the airline’s fares posted on its booking website.
Source link