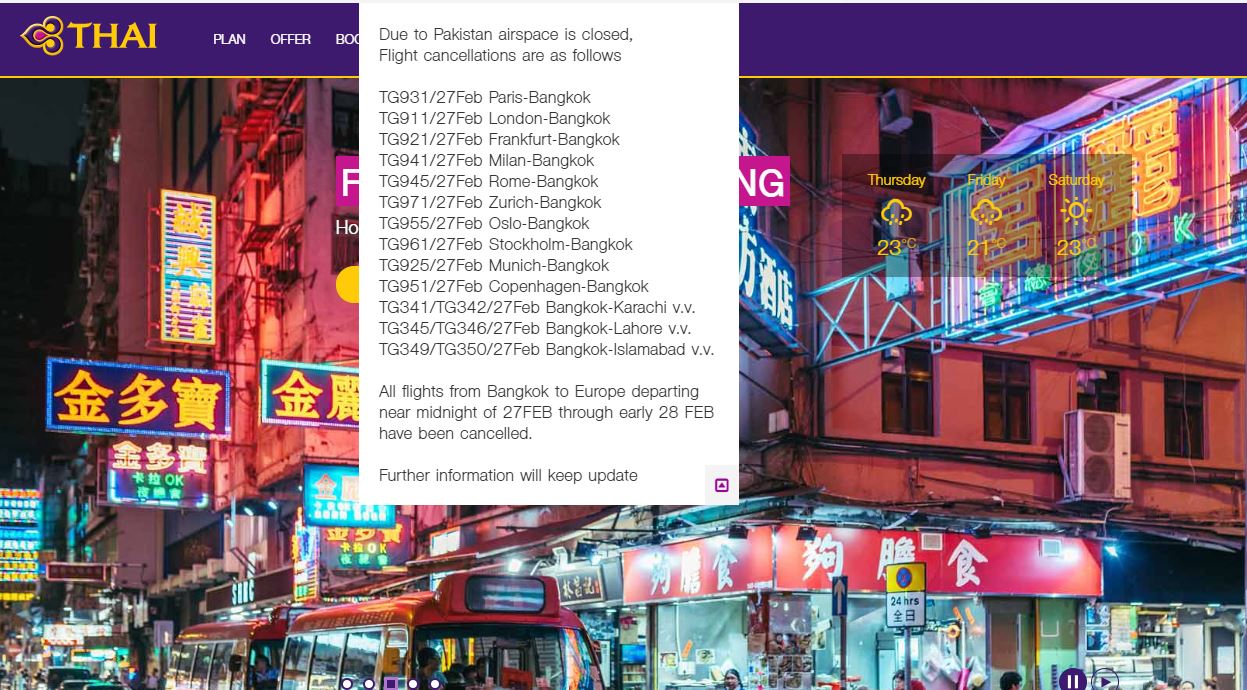 All Thai Airways International flights between Thailand, Pakistan, Iran and Europe were cancelled after Pakistan closed its airspace.

Initial flights cancelled were four from Suvarnabhumi – TG974 to Moscow, TG954 to Oslo, TG930 to Paris, and TG916 to London – and TG296 from Phuket to Frankfurt.

Thai Airways said it was closely monitoring the situation and plans to re-route its flights.

Passengers can call Thai Airways at +662 356 1111 24 hours or visit www.thaiairways.com for updates on the flight schedule.