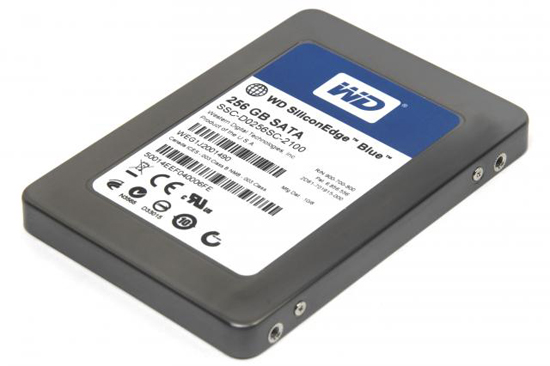 Start up at the 13,000sqm factory in the Rojana Industrial Park is anticipated by year’s end. The company supplies suspension assemblies, which hold the read-write heads at microscopic distances above the hard disk drives, to all of the major HDD makers. Locating in Thailand puts it in close connection to customers that have HDD production bases here or in nearby countries across Asia.

“When we were doing our country selection process, what especially differentiated Thailand from other places was customer proximity,”

said Abraham Sleiman, managing director of the Ayutthaya plant, which is known as Hutchinson Technology Operations (Thailand) Co., Ltd. By having a production facility in Thailand, the company can accelerate speed of delivery to customers operating locally and in Malaysia, China, the Philippines and Japan ─ the plant’s main markets. “Operating in Thailand improves our responsiveness. This means lower logistics cost, a beneft to us and our customers,” Sleiman said.

Sleiman remarked without hesitation when asked about Hutchinson’s competitive advantage in the industry, “What sets us apart is that we are the only vertically integrated suspension-assembly maker.” The Thailand plant will be using components made at Hutchinson’s operations in the United States.

“That is a big differentiator between us and competitors. Because we have our own captive components supply, our prototype lead time can be a lot faster for design iterations

he noted. Another advantage is the company’s constant efforts to stay ahead in R&D. Hutchinson’s engineering and R&D teams are very large, something also valued by customers. The mother company has the colorful distinction of starting out in a chicken coop 45 years ago. Back then at that low-rent building in Minnesota it began by making heaters for gyroscopes used in rocket-guidance systems.

Today Hutchinson’s suspension systems can be found in virtually every type of disk drive, from desk top, notebook and enterprise computers to digital video recorders and portable media players. Besides the design and manufacture of disk drive components, the precision technologies company also has a biomeasurement division in America.

The client list of Hutchinson Technology is impressive, including such HDD giants as Western Digital, Seagate, Samsung, Toshiba and Hitachi Global Storage.

The Ayutthaya province factory, which wi l l employ 300 personnel once production gears up, expands Hutchinson’s footprint in Thailand. For the past six years, the company has been operating a service location for logistics, customer service and engineering support at the Ladkrabang Industrial Estate in the outskirts of Bangkok. The 4 billion baht Thailand manufacturing plant will boost Hutchinson’s suspension assembly capacity beyond the company’s three other factories, which are located in the U.S. states of Minnesota and Wisconsin. In addition, Corporate’s Disk Drive Division has Asian sales offces in Thailand; Dongguan, China; Tokyo, Japan; and Seoul, South Korea. But the Ayutthaya facility is also a big plus for Thailand.

“The fact that Hutchinson chose Thailand as its overseas production base confrms that foreign investors continue to have strong confidence in the country,”

said Ajarin Pattanapanchai, deputy secretary general of the Thailand Board of Investment (BOI). She added that as leading global HDD companies have already set up production facilities here, the Hutchinson suspension assembly factory will complete the HDD manufacturing industry in Thailand. With just 300 workers in 13,000sqm, the new factory will not be very labor intensive. The lines are going to be highly automated and most personnel in the technical category, representing an opportunity for central Thailand.

“We are creating quality employment for the area by hiring and developing electromechanical types such as automation engineers, and precision tool and die makers,” Sleiman pointed out. Training constitutes a large part of the plant’s pre-operating budget. Tool and die makers in particular must have precision skills of between 2 and 5 microns. Besides the BOI, the other Thai government agency that Hutchinson has been dealing with is the National Electronics and Computer Technology Center (NECTEC), which supports the development of electronic, computing and information technology industries in the country.

“We have already had a lot of discussions with NECTEC on how best to build a model for developing the talent pool on the automation and tool and die sides,”

Sleiman said. Besides customer and market proximity, Hutchinson evaluated the human resources, infrastructure support, ease of doing business regulations and investment incentives of several countries in Southeast Asia when comparing them as possible location sites. “Thailand in aggregate came out ahead,” the managing director commented. He also emphasized that the BOI played a major role. “The decision that we made to go with Thailand for the plant had a lot to do with the cooperation extended to us by the BOI,” he noted. “The BOI addressed our questions and concerns, and even introduced us to different companies so we could learn from their experiences in establishing operations in Thailand,” Sleiman said.

“That sort of nuts-and-bolts investor education went a long way in gathering the necessary information to make this investment.” Phase One of the Ayutthaya project is approved for up to 13 production lines, and the building will have the capability to expand signifcantly. Despite the economic downturn of the past two years and the current political situation in Thailand, Hutchinson Technology (Thailand) is proceeding normally and looks to future growth.