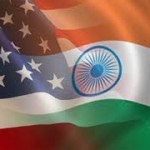 Focusing on the high-tech agenda would instill a level of momentum in bilateral ties that has been noticeably missing since George W. Bush left the White House.  U.S. Commerce Secretary John Bryson is in India this week with a high-powered business delegation in tow.  Chief among his objectives will be furthering American involvement in India’s $1-trillion infrastructure sector as well as deepening the level of Indian investment in the United States.
Judged by the usual standards of such trade missions, the visit will likely be productive enough.  Yet unless he elevates his sights, Bryson will nonetheless miss an opportunity to significantly advance the bilateral economic agenda. Despite dramatic increases over the past decade, U.S.-India economic relations are far from achieving critical mass and will require purposeful nurturing to reach their full potential.

Still, the striking record of bilateral engagement in the innovation economy sectors offers an especially promising foundation on which to build for the future.  The high-tech sector plays a critical – and largely complementary – role in the economies of both nations, and the United States has been a prominent factor in the spectacular development of the Indian IT sector.  Yet overall bilateral trade in advanced technology products is surprisingly low and important synergies remain untapped.

Given this, Secretary Bryson should use his time in New Delhi to launch a bilateral effort aimed at further liberalizing trade and deepening engagement in the IT field or, even more one that covers the entire range of advanced technology products and services.

Chinese Government gets the lion’s share of US Charity