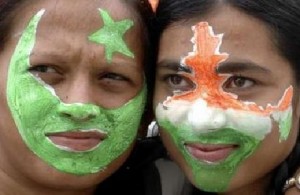 The United States should launch a Marshall Plan-like initiative to reinforce economic cooperation between India and Pakistan Previous posts (here and here) have highlighted how growing economic engagement is now the driver of the peace dialogue India and Pakistan launched a year ago.  The guiding principle is the so-called “Chinese model” – that is, the two countries pattern their ties along the lines of the India-China relationship, which combines broadening economic integration, frequent interactions between the national leaderships, and pragmatic diplomacy focused on incremental gains.

If enhanced trade ties were to take hold between South Asia’s largest economies, they would produce significant commercial and (eventually) security dividends for both countries and indeed the entire region.  So it’s worth considering what the United States, the most significant extra-regional actor in South Asia, can do to reinforce this effort, which if it bears fruit would have a very positive impact on U.S. security interests.

One tentative by-product already evident from the Chinese model is New Delhi’s new willingness to reopen discussions on the perennially-inflamed dispute over the Kashmir region.  The long-running territorial ructions over Sir Creek and the Siachen Glacier also seem ripe for the diplomatic agenda.

The sense of bilateral optimism was on full display at last Friday’s inauguration of a new customs facility at the Attari-Wagah border crossing that lies midway between Lahore and Amritsar.  Indian officials used the occasion to announce they would rescind the long-standing prohibition on foreign direct investment from Pakistan.  Home Minister Palaniappan Chidambaram, a senior member of Prime Minister Manmohan Singh’s Cabinet, also called for dismantling all bilateral trade barriers and hinted that a greatly liberalized visa regime for Pakistani visitors is in the works.