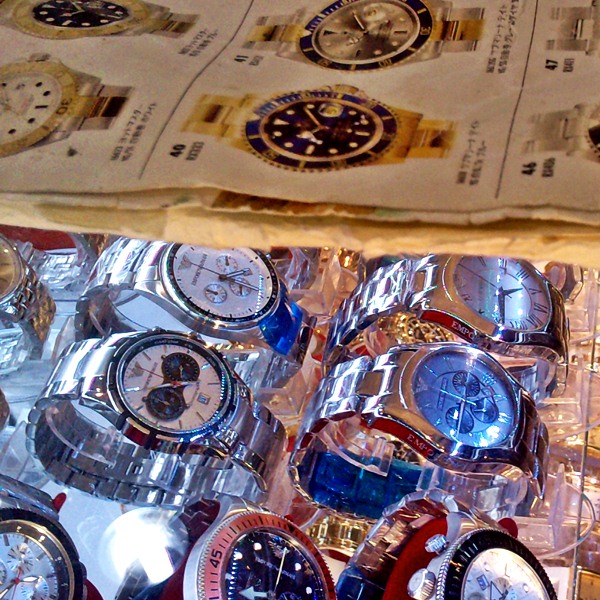 Although some U.S. rights holders report good cooperation with Thai enforcement authorities, including the Royal Thai Police and Royal Thai Customs, Thailand remains on the Priority Watch List in 2012. The United States is encouraged that Thailand’s new government has affirmed its commitment to improving IPR protection and enforcement. But still more needs to be done to see Thailand removed frome the list.

Thailand has also taken some steps to address its longstanding problem of piracy of cable and satellite signals, although significant concerns remain about the prevalence of this problem in Thailand. The United States remains seriously concerned about Thailand’s failure to complete many of the initiatives begun in past years. Several key pieces of legislation remain pending, including legislation to address landlord liability, to address unauthorized camcording of motion pictures in theaters, to provide Thai Customs with ex officio authority, to implement provisions of the WIPO Internet Treaties, and to establish improved legal mechanisms to address the rapidly growing problem of copyright piracy and trademark counterfeiting on the Internet.

The United States urges Thailand to improve its enforcement efforts and to provide for, and impose, deterrent-level sentences.

Thailand should also make greater efforts to address widespread copyright piracy and trademark counterfeiting. The United States encourages Thailand to provide an effective system for protecting against the unfair commercial use, as well as unauthorized disclosure, of test or other data generated to obtain marketing approval for pharmaceutical and agricultural chemical products.

The United States continues to encourage Thailand to engage in a meaningful and transparent manner with all relevant stakeholders, including IPR owners, as it considers ways to address Thailand’s public health challenges, while maintaining a patent system that promotes investment, research, and innovation. In this context, the United States reiterates its support for the 2001 Doha Declaration on the TRIPS Agreement and Public Health, as described in Section I of this Report. The United States will continue to work with Thailand to address these and other matters.

In 2011, China reportedly sanctioned 14 websites for providing illegal music downloads, requiring those web sites to remove links to offending files, which had been identified by the government (in addition to the 18 mentioned above). Nevertheless, illegal downloads account for an estimated 99 percent of all music downloads in China, and piracy of copyrighted material over the Internet thus continues to be a major problem. China’s Internet users are increasingly turning to streaming media to watch foreign television shows and movies.

While it appears that a number of user generated content sites have eliminated most of their pirated content, these streaming sites have become the preferred method to watch illegal content. The United States urges the Chinese Government to focus on these streaming sites, and to prevent illegal transmission and rebroadcast of motion pictures and television and sports programming. Online piracy Industry submissions detail the improvements as a result of the Special Campaign and the increased emphasis on ensuring that IPR is protected in the digital environment.

However, despite many “Special Campaigns” in China over the years to combat IPR infringement, and despite repeated bilateral commitments to increase IPR enforcement in China, the United States Government is concerned that sales of IP-intensive goods and services to China from U.S. companies remain substantially below levels in other markets, measured in a variety of ways, ranging from spending on legitimate music as a percentage of GDP to software sales per personal computer.

For example, total music revenue (which includes both legitimate physical and digital sales) in China for 2010 was only US$64.3 million. This compares to almost $4.2 billion in the U.S., US$178.4 million in South Korea and US$68.9 million in Thailand — a country with less than 5 percent of China’s population and with roughly the same per capita GDP.

If Chinese sales were equivalent to Thailand’s on a per capita basis, music sales would be almost US$1.4 billion. The United States urges China to continue its efforts to improve IPR protection and enforcement and to ensure that this results in an increase of sales of legitimate goods and services from all sources, including imports.

How to Succeed in Living the Entrepreneur Lifestyle