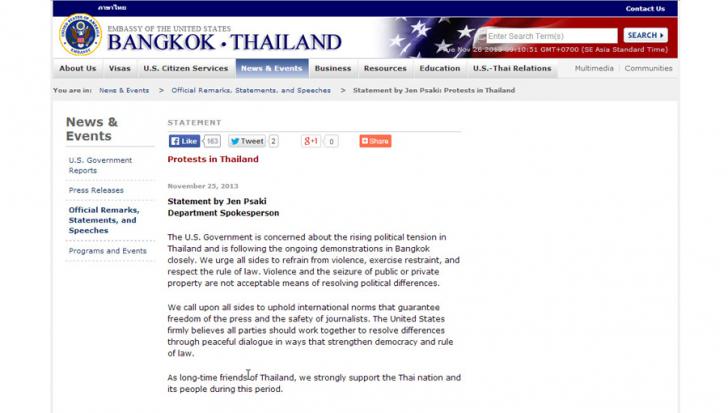 The US State Department yesterday warned its citizens on their travels to or residing in Bangkok to avoid areas of demonstrations and exercise caution as the current peaceful protests now in the capital could escalate into violence.

In consideration of these activities, the Thai government has increased the police presence around government buildings and in other locations.  Demonstrators moving around the city may cause significant traffic delays.

It said even demonstrations that are meant to be peaceful can turn confrontational and escalate into violence.

It advised its citizens to avoid areas of demonstrations, and exercise caution if in the vicinity of any large gatherings, protests, or demonstrations.