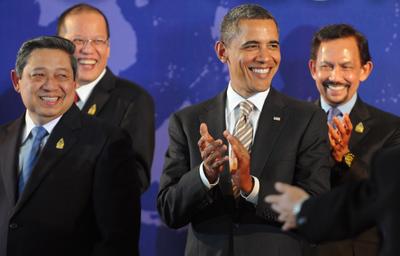 US President Barack Obama will make a four-nation tour to Asia in April as part of his commitment to increasing US diplomatic, economic and security engagement in the Asia-Pacific region, the White House said on Wednesday.

Obama’s trip to Asia was first announced by National Security Advisor Susan Rice on Nov 20 when she spoke at Georgetown University about US policies in the Asia Pacific region, in particular the US rebalancing strategy begun in 2009.

Obama’s commitment to the policy has been called into questions after he canceled his trip to Asia, including to the Philippines and Malaysia, in October due to the partial shutdown of the federal government. The US has since dispatched Vice-President Joe Biden and Secretary of State John Kerry to the region.

Kerry started his fifth trip to Asia on Wednesday. He will go to South Korea, China, Indonesia and Abu Dhabi.

The US rebalance strategy has been criticized in previous years for overemphasizing its military component. The US has since tried to stress more its economic and trade aspects.