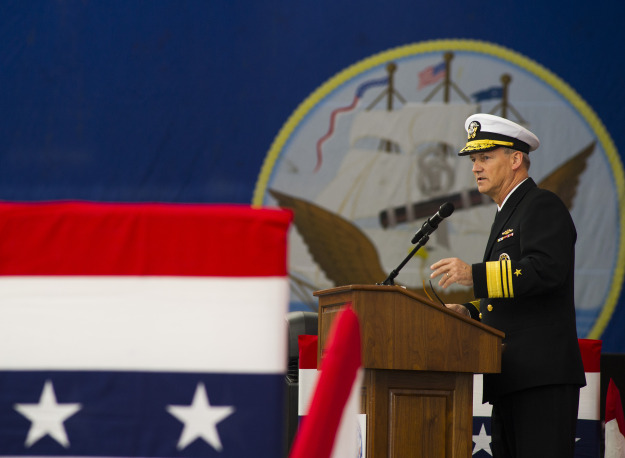 The head of U.S. naval forces in the Western Pacific said the U.S. would support an emerging plan to create multi-national patrols in the South China Sea that could bear similarities to anti-piracy patrols in the Strait of Malacca.

During a meeting this week with naval leaders from Association of South East Asian Nations (ASEAN) U.S. 7th Fleet commander Vice Adm. Robert Thomas said the U.S. would back a combined ASEAN maritime patrol in the hotly contested region.

“Perhaps easier said than done, from both a policy and organization perspective, such an initiative could help crystallize the operational objectives in the training events that ASEAN navies want to pursue,”

“If ASEAN members were to take the lead in organizing something along those lines, trust me, the U.S. 7th Fleet would be ready to support.”

Pentagon officials gave the plan a tacit endorsement in a Friday statement to USNI News.

“The Department welcomes collaborative efforts to bolster maritime security in the Asia-Pacific, including ASEAN-led efforts. We believe that close cooperation between and among ASEAN member-states is critical to sustaining peace and prosperity in the region,” Pentagon spokeswoman Henrietta Levin said in a statement.

“However, at this time, we are not aware of any specific plans or proposals by ASEAN countries to develop a combined maritime force.”