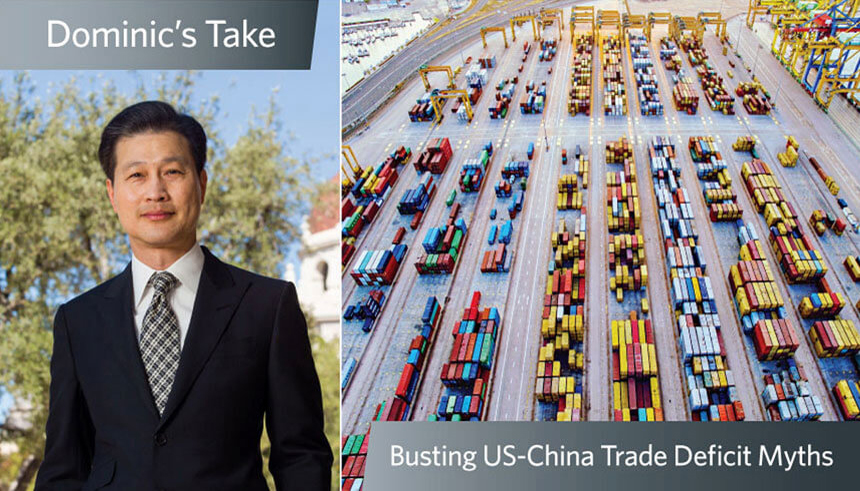 Public opinion in the United States has turned against free trade. Donald Trump’s election win was tied to an aggressive campaign promising to address trade imbalances, with a particular focus on Chinese trade practices.

On the campaign trail, Trump remarked that “China is responsible for nearly half of our entire trade deficit. They break the rules in every way imaginable.”

Without doubt, there are problems in the U.S.-China trade relationship. However, the current officially reported U.S.-China trade numbers are grossly inaccurate. They are based on outdated methods of data collection and calculation that were agreed to in the aftermath of World War II, and they have not been properly updated to reflect today’s global economy.

It is concerning that world leaders are primarily relying on these misleading trade figures to make major decisions that have the potential to damage economies and create ill will among nations that heavily depend on each other for their prosperity.

“It is concerning that world leaders are primarily relying on these misleading trade figures to make major decisions.” Dominic Ng

Traditional trade data are outdated and tell a distorted story

Let me explain why the trade data our leaders are using is problematic. Statistics traditionally used to measure trade flows do not fully reflect the globalization of production chains.

Currently, statistical agencies pin the entire trade value of a product to the last place it was exported from, even though the parts in the product come from many other countries. This method of data collection is based on the International Monetary Fund’s Balance of Payments Manual, which was first released in 1948, and never appropriately overhauled to reflect the new complexities of global value chains.

In the case of China, this means that commonly cited trade figures are distorted by the fact that China has become a final assembly point for many goods that contain a significant number of parts from other nations.

The classic example is the Apple iPhone

Apple takes care of design, development, marketing, and software creation for its phones in the U.S. High-value components of the iPhone come from different countries: Among the myriad iPhone 6 parts, displays are manufactured in South Korea, Japan, and elsewhere; processors come from the United States; touch ID sensors are made in Taiwan; and barometric pressure sensors come from Germany.

(This is the first editorial of a three-part series on the misunderstandings of the U.S.-China trade relationship.)