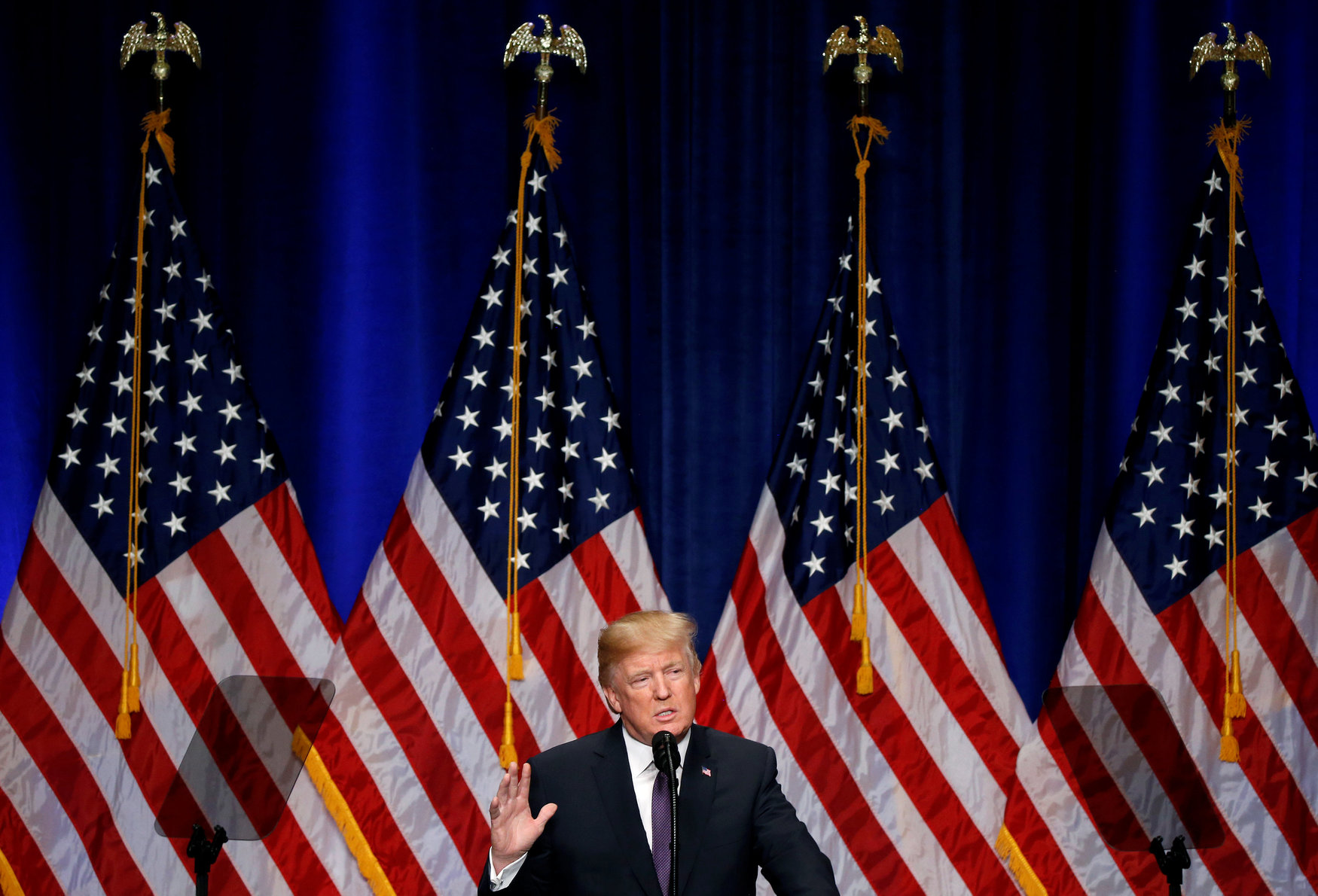 In speaking at the Ronald Reagan building in Washington today, President Trump sought to delineate a new foreign-policy strategy for America. Trump alluded to his election victory, noting that “you spoke loud and you spoke clear.

On November 8, you voted to make America great again. You embraced new leadership and new strategies and also a glorious new hope.”

The most interesting part of the speech may be the fact that Trump delivered one at all, in contrast to his predecessors.

If his administration uses the strategy as a true lodestar, then it would mark a break with a liberal internationalism based on the idea that economic and political cooperation, not confrontation, is the best way to protect American interests.

The document is bound to attract close scrutiny, coming as it does in the first year of an administration that vowed to pursue an “America First” foreign policy.

When he assumed office, Trump sounded traditional realist notes in the mold of the nineteenth-century statesman Lord Palmerston, whose maxim was that England had “no eternal allies” and “no perpetual enemies.

Our interests are eternal and perpetual, and those interests it is our duty to follow.” Since then, however, Trump has, among other things, voiced his support for NATO and refrained from pursuing a China-bashing policy.

Now, a year into office, Trump spoke against a background of increasing foreign-policy turmoil. In Asia, China has been flexing its muscles, relentlessly expanding its artificial islands in the South China Sea and dismissing American concerns about them.

North Korea, which the Trump administration has alternately tried to threaten militarily or to woo into diplomatic negotiations, continues to work on its nuclear program.

In Europe, Russia remains ensconced in Ukraine, with no quick end to its division in sight. And in the Middle East, Russia is moving steadily to increase its influence in Syria, Egypt and Iran, even as Trump remains largely aloof.

The national-security document itself parts ways with the past belief that economic and political cooperation with Russia and China will lead to a new, irenic age. Instead, it takes a more cold-eyed approach.

It says that Russia and China “are determined to make economies less free and less fair, to grow their militaries, and to control information and data to repress their societies and expand their influence. . . .

These competitions require the United States to rethink the policies of the past two decades—policies based on the assumption that engagement with rivals and their inclusion in international institutions and global commerce would turn them into benign actors and trustworthy partners. For the most part, this premise turned out to be false.”

The document also states that America will respond quickly to any instances of “economic aggression” by foreign powers and that it seeks “energy dominance.”