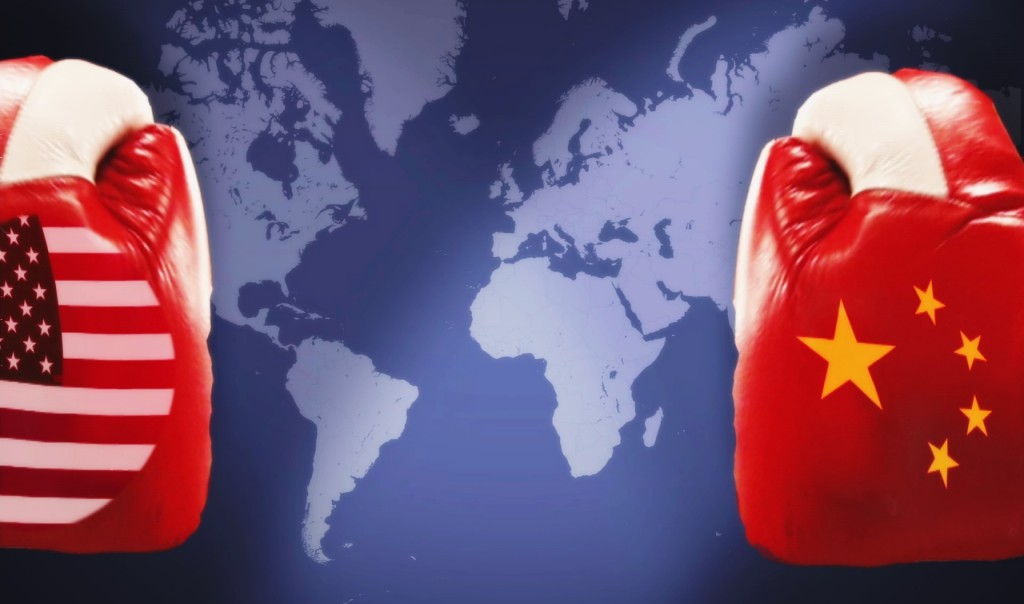 The U.S. and China are hours away from a new round of tariffs on each other’s goods, with no improvement in relations between the two rivals in sight.

In a significant escalation, $200 billion of Chinese products will be subject to increased tariffs from 12:00 p.m. Beijing time on Monday, on top of the $50 billion in goods already charged higher duties earlier in the year. The combined $250 billion in products facing levies is almost half the value of imports from China last year.

Meanwhile, $60 billion of goods from the U.S. will become subject to Chinese higher tariffs around the same time, adding to the $50 billion already levied. That’ll mean about 70 percent of the value of goods China bought from America in 2017 face tariffs.

We are not in a trade war with China, that war was lost many years ago by the foolish, or incompetent, people who represented the U.S. Now we have a Trade Deficit of $500 Billion a year, with Intellectual Property Theft of another $300 Billion. We cannot let this continue!

The first is that the United States wants to reduce its trade deficits. US President Donald Trump tweeted on 4 April 2018 that ‘[the United States has] a Trade Deficit of $500 Billion a year, with Intellectual Property Theft of another $300 Billion. We cannot let this continue!’. Many US commentators think that the gargantuan imbalance translates into an incremental increase in US indebtedness to China, which they consider to be a huge vulnerability for the United States.

The second is that the United States wants to slow China’s progress toward being a high-tech superpower. The main sectors in China getting hit are machinery, electronics and IT technology. This is tantamount to the United States’ directly targeting Made in China 2025.

The final explanation is that ‘Trump favours highly transactional exchanges’ and wants an increased stock of bargaining chips. Trump may well have begun a trade war with China now so that he can relinquish it later in exchange for cooperation over perplexing political and security issues.

Whatever the cause, China has been bashed by the trade war. Over the last five months, the Shanghai Composite Index — a barometer of the Chinese stock market — has plummeted by approximately 18 per cent and the Chinese renminbi has depreciated nearly 8 per cent. Because China is still export dependent, the trade war will make Chinese export firms lose approximately US$22 billion and will cause unemployment, especially in China’s east coast.

…..China has been taking advantage of the United States on Trade for many years. They also know that I am the one that knows how to stop it. There will be great and fast economic retaliation against China if our farmers, ranchers and/or industrial workers are targeted!

Even without the trade war, China faces daunting domestic challenges.

After years of work, China’s economic structural change is slowly progressing. China’s private consumption as percentage of GDP has been increasing since 2010, but it has not yet breached 40 per cent (compared to a US average of 68 per cent). China’s gross savings rate is more than 46 per cent of GNP against the United States’ 17.3 per cent.

Continued high national savings for a long time fully financed Chinese investment and sustained it at a very high level. Even today, China’s investment accounts for 44.4 per cent of GDP. This prolonged investment on a massive scale has created significant overcapacity in a range of sectors and has engendered much debt — part of which has become non-performing loans.

The trade war will only drive the renminbi to further depreciate

Amid China’s internal issues, the trade war will only drive the renminbi to further depreciate. In recent months, Beijing has taken a series of monetary and fiscal initiatives to boost lending and restructure debt.

These initiatives may ameliorate the situation in the short term, but solving the problems completely and successfully will take much longer than expected. If the trade war lingers on until the end of 2018 or even till 2019, market sell-off pressure on the renminbi will likely increase. In addition, US economic indicators look sublime and the almost-inevitable interest rate raise will facilitate further renminbi depreciation.

The worst case scenario would be a persistent trade war coupled with US interest rate increases. This would elicit very negative sentiment and might cause large-scale capital flight from China.

But can the United States achieve the objectives it seeks from the trade war?

The United States cannot drive down or stop trade deficits for the foreseeable future. Anyone who understands balance of payments accounting knows that the sum of the current account and the capital account must equal zero. The United States has very flexible and liquid capital markets with highly credible governance, which lures countries with trade surpluses to export a large part of their excess savings to the United States.

Similarly, the United States will struggle to blight China’s Made in China 2025 initiative.

Technology innovation and investment are being promoted by the Chinese government.

There are now 1775 Chinese venture capital firms. China is determined to narrow the income gap between itself and the advanced countries. So a trade war aiming to refrain China from technological enhancement will ‘only strengthen Chinese leaders’ resolve to boost innovation and achieve technological supremacy, as they realise that they can’t rely on others’, as Joseph Stiglitz notes.

Finally, if Trump plans on using a trade war as a bargaining chip, he should know that China will not likely compromise, at least in the short term. Popular anger and national sentiment may well surge about the trade war, which would leave the Chinese government with little choice but to stand firm. China could use ‘strong sales of US brands’ as its own bargaining chip, but if the trade war lasts for more months and China’s economy continues to worsen, the US bargaining chips might increase in potency. Yet still, China could hardly give in to any conditions that violate its national interests.

The trade war will accomplish neither country’s objectives.

China and the United States need to install an effective communications channel, dispatch high-echelon officials who deeply understand each other, come to negotiations, and as Harvard economist Dani Rodrik suggests, ‘do not impose on other countries constraints that you would not accept if faced with their circumstances’.

Yuhan Zhang is an economist and independent researcher.

Who will be the winner of the US–China trade war? | East Asia Forum

What are US-China Trade War Implications for Thailand ?