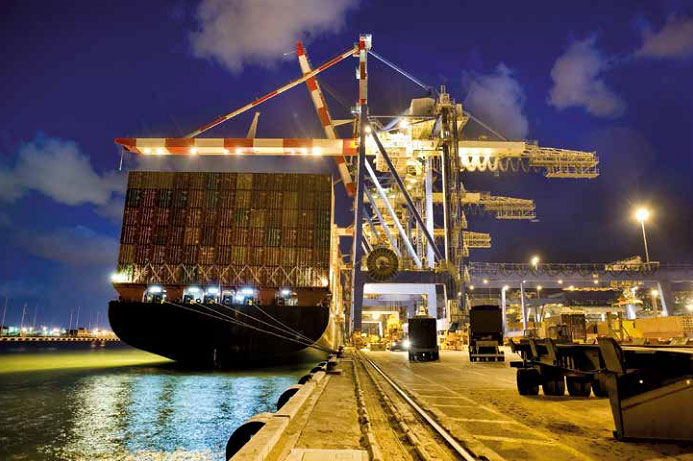 Thailand’s export growth this year may be flat after Thailand’s outbound shipments in May recorded the sharpest drop in 34 months.

After the Commerce Ministry on Friday released the figures of Thai exports in May which dropped 5.8 percent year-on-year, contracting for seven consecutive months and the sharpest drop in 34 months, economists are now revising their export projections without ruling out the possibility of export contraction this year.

Thai exports in May continued to contract by -5.8%YOY

Growth in nearly all product categories weakened, for example, imports of capital goods, raw materials and intermediate products, and consumer goods dropped by -6.1%YOY, -5.0%YOY, and -2.2%YOY, respectively. On the other hand, imports of fuel lubricants grew by 22.8%YOY.

Thailand and key regional exporters continued to face slow export growth in May, with no signs of recovery present. Furthermore, uncertainties and fears regarding the reemergence of trade war tensions additionally hamper the situation. As a result, global trade and investment could fall below the expected levels. With heightened trade war tensions, Thailand’s export sector will receive both direct and indirect impact.

In terms of direct impact, Thai exports to China will drop, especially of products in China’s supply chain targeted for export to the US. Meanwhile, the indirect impact will be from other countries’ dependency on China.

As China’s economy slows, economies of countries that depend on China also slow, hence a decline in exports to these markets.

The first is to monitor US-China trade war tensions that could be further elevated. In early July, the US could impose additional import tariffs on Chinese imports worth USD 300 billion, in which, China would most probably retaliate. Furthermore, the G-20 meeting that will occur in late June 2019, will mark an opportunity for the two leaders to meet, a widely anticipated event. The second event to monitor is the United States’ plan to ramp up automotive import tariffs from all countries to an anticipated 25%. Negotiations for automotive import tariffs with the European Union and Japan are currently in place with expected conclusions within November 2019.

How China is Becoming a Superpower (Think Aircraft Carriers)