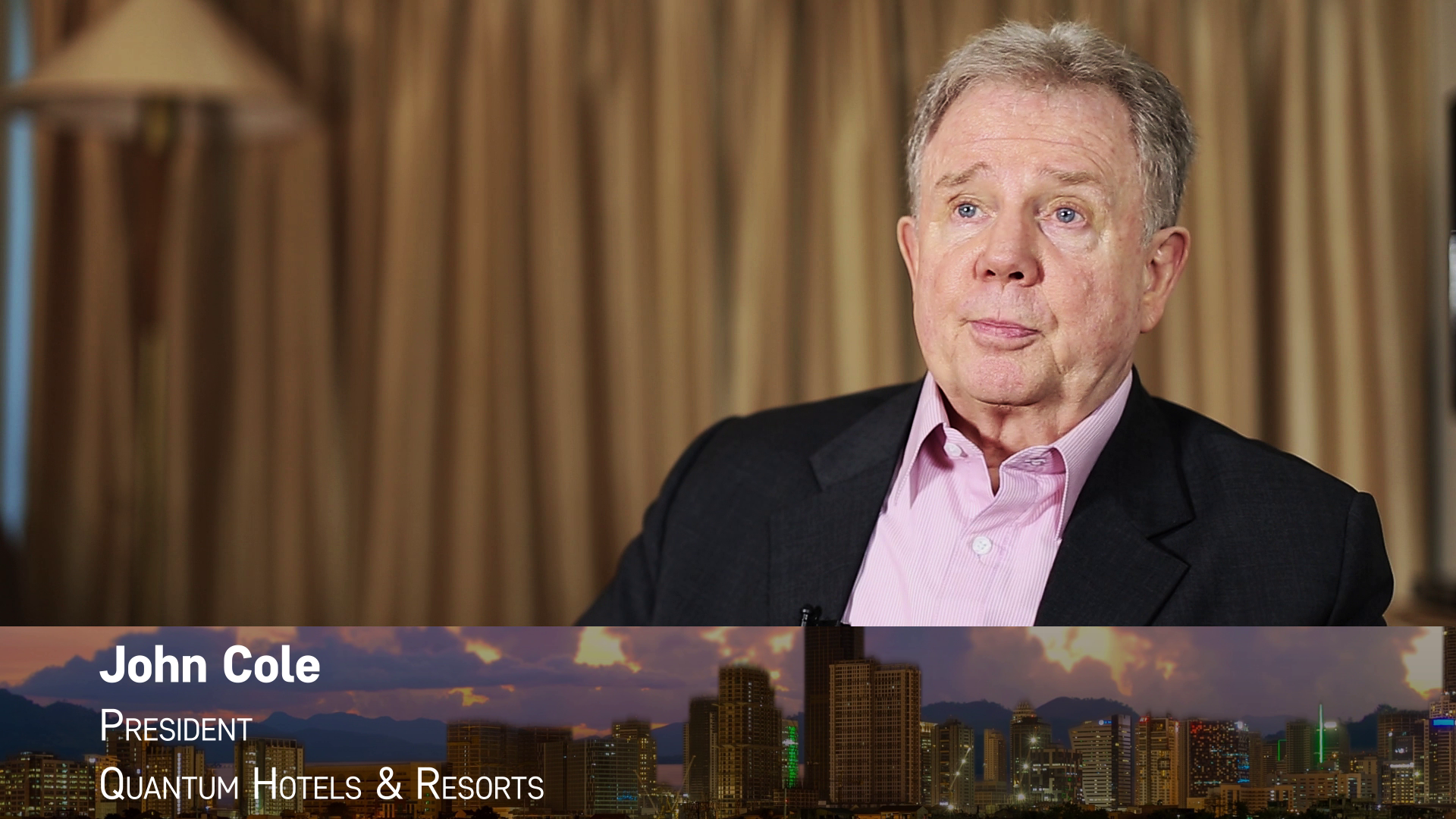 How have changing economic conditions in the Philippines impacted the tourism industry?

COLE: Over the past few years, the general economy of the Philippines has been growing quite rapidly. I believe we’re either close to China’s growth rate or above it up to last year. So the economy is ticking along very well. I mean, this has a lot to do with economic conditions in the area, but it also has a lot to do with cash flows from the west to the emerging economies and things like that. But right now, there’s definitely a growth spurt in the Philippine economy that’s adding a great deal to the visitor market.

There’s two levels of tourism in the Philippines. The first is domestic travel. There’s been an upsurge in inexpensive local carriers, which has basically increased domestic travel exponentially over the past 6-8 years. So the domestic sector really took off; we get a lot of travel between the islands and so that’s really been very helpful for us and for all hotel operators. Of course, we have the international segment that’s been picking up steadily, but not as quickly as the domestic sector recently.

What are the biggest challenges in operating a hotel in Manila today?

COLE: Infrastructure has always been a problem in the Philippines. Getting people in and out for foreign travelers and of course the road situation is not as well developed as other Asian cities. So that creates a problem, and I think that also slows down the number of international arrivals. There’s also an interesting thing in that security always pops up as an important issue when traveling to the Philippines, when in fact, I think anyone who’s lived here such as myself or has traveled around the region, to me, within the major city area, there’s really no more security issues here in the Philippines than I have found in other Asian countries.

In what ways is the government of the Philippines supporting both leisure and MICE tourism?

COLE: I think the Department of Tourism has increased its marketing campaign; the numbers are going up year on year. We hit a record last year over any previous year, and they have goals to increase the number of arrivals by another 5 million a year in the next few years. So I think they’re doing a good job in promoting the Philippines. So we just hope that that trend continues.

How competitive are the hotel and serviced apartment sectors in the Makati area of Metro Manila?

COLE: Makati’s market is very strong. It has been historically and continues to be so. Makati gets a higher room rate and higher…

Quantum Hotels & Resorts President on tourism and the hotel industry in the Philippines is originally published by and copyright of The Prospect Group.

Amongst the world’s growth markets, the ASEAN trade bloc is a particularly notable success story. It significantly out-performs many developed territories as well as those which are still developing. END_OF_DOCUMENT_TOKEN_TO_BE_REPLACED

The campaign pledge of Rodrigo Duterte, the populist president of the Philippines, was mass murder, pure and simple – and, unlike most politicians, he faithfully delivered on his promise. END_OF_DOCUMENT_TOKEN_TO_BE_REPLACED