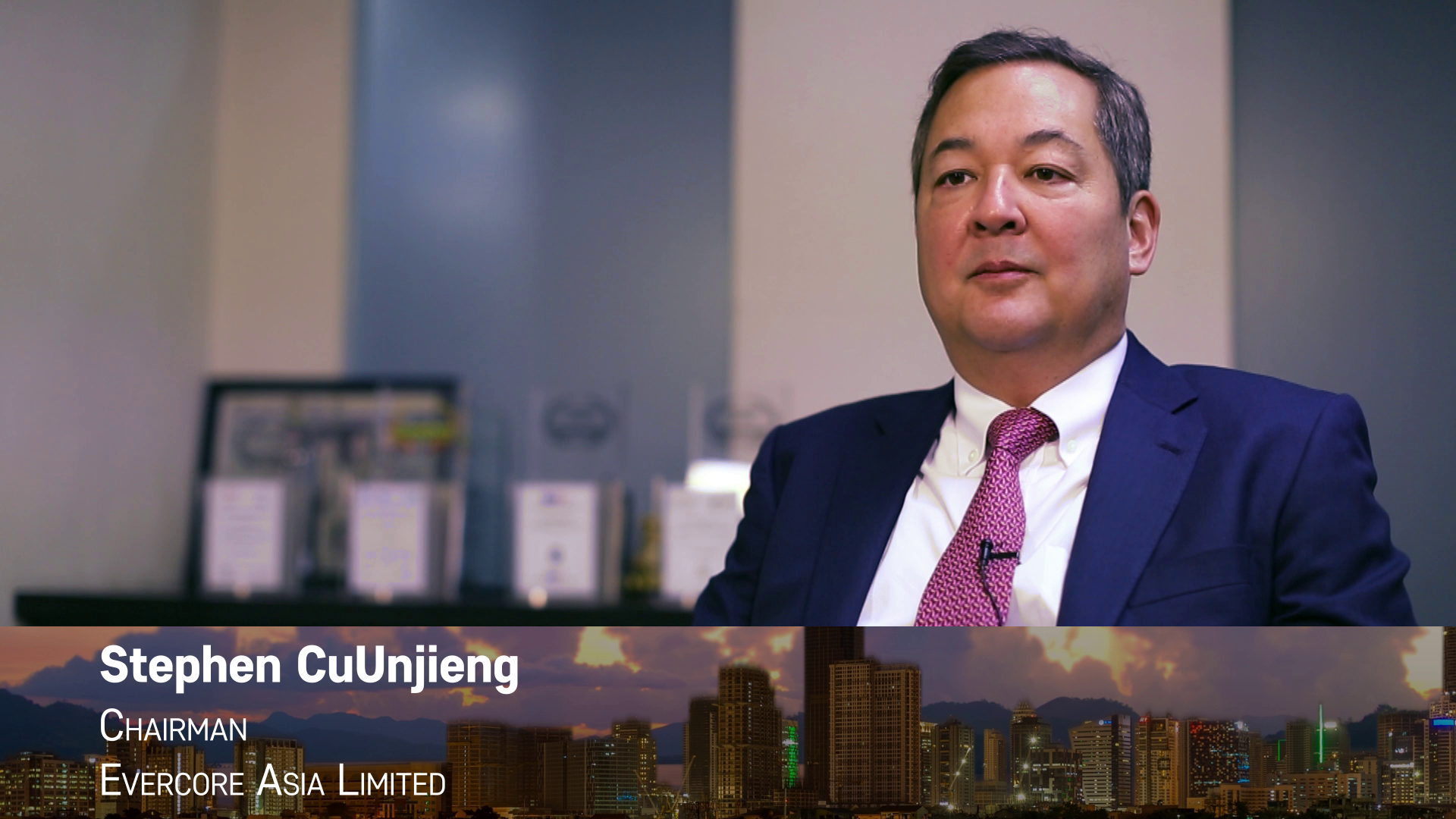 How are today’s economic realities changing business direction and business opportunities for Evercore?

CUUNJIENG: In the past, cross-border M&A has been all incoming. You’re seeing a bigger balance between incoming and outgoing. You’re seeing Asian clients buying companies or deals outside of the region. For example, a couple of years ago, we advised a Thai client, Indorama Ventures, on their acquisition of Old World Chemicals in Texas, and you’re seeing this across the board in the Philippines.

URC, Universal Robina, bought a New Zealand biscuit company. So first, you’re seeing a little more balance between inflow and outflow. Then, you’re also seeing a lot more interregional acquisitions. In the past, you’ve seen some regional giants open original plants, expand in new countries organically. You’re now seeing they have tasted success outside of their home country, and now they’re willing to acquire things in the other countries they are in because they have an infrastructure there, they have management, and they now want to build scale.

So because of that, this trend is happening, and you’re adding the fact that the liquidity remains very strong, interest rates remain subdued. So it gives everybody an opportunity.

How competitive is the Philippines within the context of ASEAN?

If you look at the robust supply chain, which everybody has said, that is why they have been quite competitive in attracting and keeping people, Malaysia is defiantly making a very strong and frankly concerted move to get a bigger share of that and it’s having some success. But, the one that for me is really moving up and the growth is much higher would be Vietnam.

Now, if you look at the services related, clearly the Philippines has been doing very well there. I wish there would be more manufacturing related here, but there are structural impediments which this government and the next government and the next government after that will need to address on a fundamental basis to start making the Philippines more competitive from a manufacturing point of view. For starters, the cost of power is higher here by a substantial margin than other Southeast Asian countries….

Evercore Asia Chairman Stephen CuUnjieng on the Philippines & ASEAN competitiveness is originally published by and copyright of The Prospect Group.