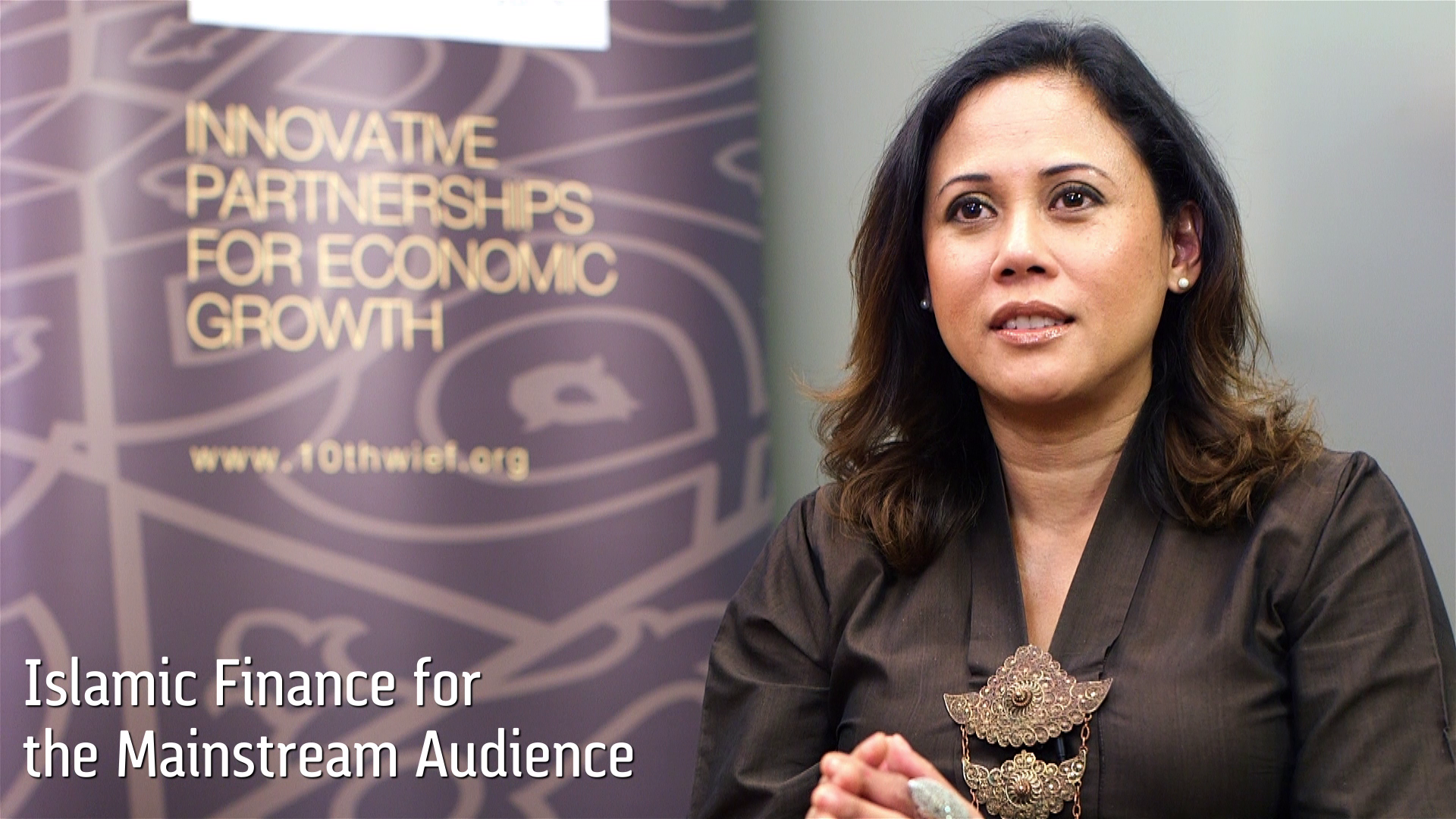 Raja Teh Maimunah is the CEO of Hong Leong Islamic Bank, part of the Hong Leong Financial Group. She spoke with The Prospect Group about bringing the concept and principles of Islamic banking to a mainstream global audience.

Is it realistic to think the non-Muslim world will take an active role in what we are now calling Islamic finance?

TEH: You know the thing is, I don’t think Islamic finance is going to remain niche or only for the Islamic markets. It really ought to be mainstream and that is because I truly believe, as a proponent of the industry, that Islamic finance is good for all humanity, really, because it promotes the concept of fair and just financing. So we’re talking about it promoting a credible and just financing.

When you bring that down, and you bring down barriers of religion and you talk about the philosophies of Islamic finance, it actually has a proposition that is good to defend the world against financial onslaughts.

So what you see happening a couple years ago, in 2007 and 2008, that would not have happened had the world embraced the philosophies of Islamic finance, which is to fund the real economy. So if you take religion out of the context, and you say, funding the real economy means subscribing to the philosophies of Islamic finance which means doing away with things like naked trades of derivatives, which means defending against socialization of losses as the world had experienced it.

So yes, it is a proposition, which is good for non-Muslims, but as to whether or not it’s a realistic proposition is a different story. I keep saying this, that the brand Islam sits uncomfortably with some countries and jurisdictions in particular in the West, you know after 9/11 and the whole scenario we have today in Syria and Iraq.

It makes it a little bit more difficult for you to try to pitch to people the brand Islam. However, I would still say all is not lost because if you take that brand out and you just work at the substance of it and call it something else; like in Turkey, they call it Participation Banking.

Call it what it is. Don’t use Arabic terms in the contracts. I think there would be more people more willing to embrace it. A very good example if I may say is Hong Leong Islamic.

We are a Chinese-owned bank, and I think we’re really a poster child for the very question that you asked in that 50% of our customers are non-Muslims.

And so they’re banking with us; they’re attracted to our products not because they believe in it, but it must be because the proposition makes sense to them.

How would you bring the principles of Islamic financial services and Islamic banking to the non-Muslim world?

I mean it’s really how you pitch it because if you were to go to the UK, or even France, places where you have a lot of Muslims, and then the pitch is for financial inclusion. That’s true, too. But more importantly, at least I feel that the pitch ought to be, it’s for everybody. It’s for all of the people in that country, which makes sense you know? And we’ve all been hurt by the recent financial crisis which stemmed from the West, which resulted in a global economic crisis.

To me, the proposition is for funding the real economy and not allowing for meaningless transactions.

If you take GDP as your real indicator of economy and you look at the value of derivatives traded in the world, it’s four times that of GDP. So what is that extra value of that four times more? It’s not funding the real economy is it? The couple of guys who make that kind of money, it doesn’t flow through to society. While you don’t make the kind of big bucks you would on that side, it is a sustainable proposition.

Hong Leong Islamic Bank CEO on pitching the concept of Islamic banking to a global audience is originally published by and copyright of The Prospect Group.

Bank of Thailand to print 20 million banknotes of 70-baht