Thailand started restructuring its labour migration policy in 2014 to regulate the 3.8 million migrant workers that have fuelled its export sector for decades, following criticism over human trafficking, forced labour and other abuses.

The country is currently in the process of legalizing all migrant workers, by encouraging them and their employers to undergo the proper registration process, which also involves nationality verification.

Out of about 3.8 million foreign workers working in Thailand, more than two million entered the workforce legally, while the remaining workers are waiting for completion of their national verification process.

The Labour Ministry’s One Stop Service (OSS) centres are now processing migrant workers from three neighbouring countries more quickly to meet the government’s March 31 deadline for all of them to be registered.

During a trip organized by the Thailand’s PRD, the foreign press was invited to visit the Samut Sakhon OSS.

There is a massive influx migrant workers in Samut Sakhon and we were the first one stop Center to open four years ago. Samut Sakhon is also known as “Myanmar city” because a lot of Burmese work there in the fishing industry.

said the Director of the OSS Immigration Center

In January, Human Rights Watch released a report saying that forced labour and other rights abuses remained “widespread” in the Thai fishing industry despite the government reforms. 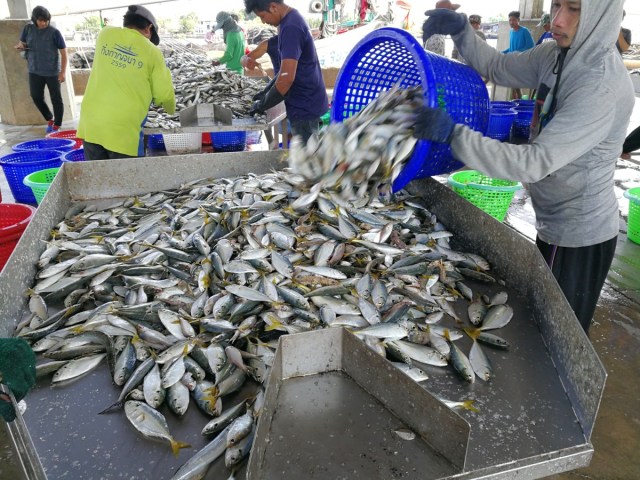 The foreign ministry rejected the report, accusing it of “intentionally overlooking the numerous steps the government has taken towards the promotion and protection of human rights”.

After completing the registration process, migrants are provided a pink ID card and a two year work permit allowing them to work legally in Thailand.

They are also entitled to receive basic social security and health-care and to be paid according to minimum wage regulation on the same level as Thai workers which is 325 bahts per day in the Samut Sakhon province (about $10.5).

Thailand has also been using Iris scanning technology to capture data in order to track identities of migrant workers because after several years working in the fisheries fingerprints were no longer reliable.

The scans have been especially important in documenting fisheries industry workers with 160,000 so far scanned and about 2,600 left to be documented.

The European Union has recently commended the Thai government for its management of foreign laborers, noting significant progress in their registration.

The EU envoy lauded the government for its latest legislation concerning foreign workers and for its efforts to register all migrant laborers in the Kingdom. 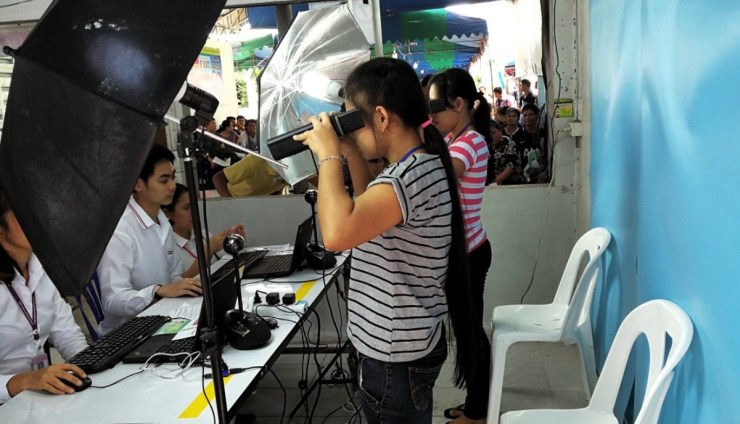 The centre is now treating the migrant documentation process focusing on two groups.

Migrant workers who have already had their nationalities verified must report to a centre to receive a visa to remain in the country until March 31, 2020, and a temporary work permit valid until June 30 this year.

They must also undergo a health check to register for a formal work permit valid until March 31, 2020.

The other group entails those whose nationality has not yet been verified. They must complete processing by March 31 so that verification is done by June 30. They would then be allowed to stay and work in Thailand until March 31, 2020.